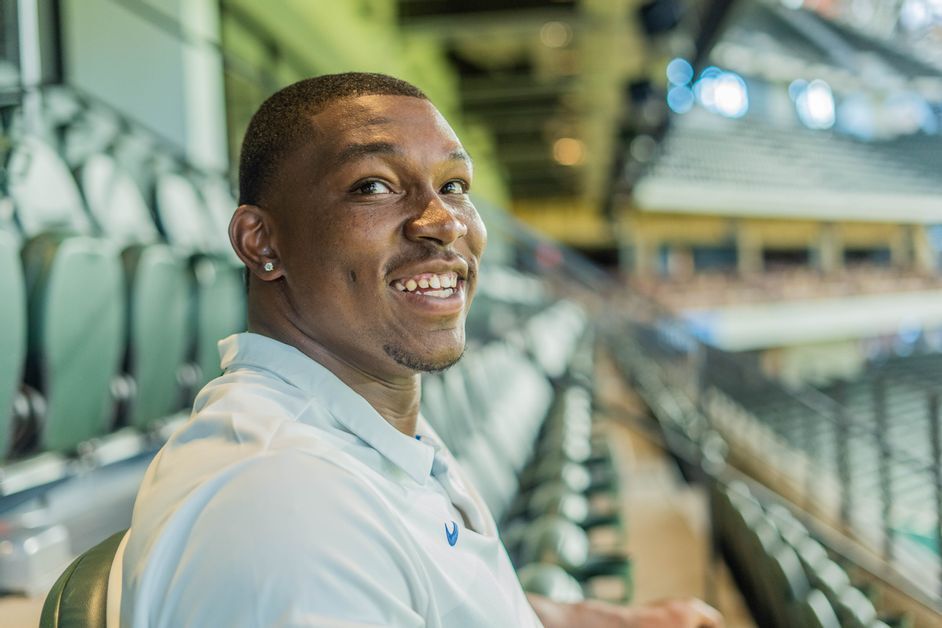 NORTHBROOK, IL – Allstate and the American Football Coaches Association (AFCA) announced the final roster for the 31st Allstate AFCA Good Works Team®, recognizing 22 college football student-athletes and an honorary head coach for outstanding contributions to their communities. Middle Tennessee's Jordan Ferguson made this elite list and is among 11 players on the FBS team and the only student-athlete from the Group of 5.

Ferguson is just the third player in Middle Tennessee history to earn this prestigious recognition. Brent Stockstill made the 2017 team, while Wes Counts was on the 1999 team.

This award shines a spotlight on the incredible stories of selflessness and community service displayed by these student-athletes and honorary head coach and honors their dedication to volunteerism and enriching the lives of others.

In 2021, Ferguson successfully launched his first official non-profit organization called Hands Worldwide. With some help, his first event was handing out hot plates of food and water to those in need on the streets of Atlanta during the winter holidays. Later in the winter, he handed out blankets to the homeless in Nashville and Murfreesboro. This is just a small sampling of what he does on a consistent basis. That selfless devotion to not only his teammates, but also the community at large, continues to make the difference in the lives of so many people.

Ferguson, who was on everyone's C-USA preseason first team this summer, is coming off an incredible season on and off the field. Ferguson ended 2021 with new career marks in tackles (58), tackles for loss (17.5), sacks (9.0), hurries (14), forced fumbles (3) and fumble recoveries (2). The second team all-conference pick ranked 22nd nationally in tackles for loss and he is off to another great start in 2022.

Team officials from across the country nominated players from their schools for the prestigious award based on their work off the field. A list of 114 nominees was announced in July before the final 22-player roster was chosen by the selection panel, which includes former Good Works Team players, journalists and officials from Allstate and the AFCA. The panel looks for players that demonstrate exceptional leadership on and off the football field.

"For 31 years, the Allstate AFCA Good Works Team has reminded us how to use our position in life — whatever that may be — to lift up those around us," said Tim Tebow, two-time national champion, Heisman Trophy winner and 2009 Allstate AFCA Good Works Team member. "There are so many players across all levels of the game who use their platforms for good, and it is an inspiration to see the variety of ways these young men choose to help make our society better."

The class of 2022 might be founding nonprofits, donating Name, Image and Likeness (NIL) earnings to those in need, building houses for areas hit by natural disasters, mentoring kids or collecting food for the hungry. Whatever the cause, this is a group of college football stars eager to help their communities.

"The Allstate AFCA Good Works Team is arguably college football's highest honor because it recognizes a player's integrity and service off the field rather than their performance on it," said Executive Vice President and General Manager, Allstate Sales and Distribution, Troy Hawkes. "The sports world is often defined by what happens between the lines. While they are also accomplished as players, these 22 student-athletes make a monumental difference in their communities. Allstate is so proud to honor them as beacons of positive change around the country."

Allstate will continue its tradition of rewarding these athletes with an NIL opportunity as well as a charity match from The Allstate Foundation.

The following players have been named to the 2022 Allstate AFCA Good Works Team:

Vote for the captain
At ESPN.com/Allstate, fans can learn more about the players' accomplishments and vote for the 2022 Allstate AFCA Good Works Team captain once a day now through Nov.  22.22.

"So often, stories like these go overlooked in collegiate athletics. Our sport is defined by character and a team-first mentality, and the Allstate AFCA Good Works Team personifies all that is good about football," AFCA Executive Director Todd Berry said. "We encourage fans from all over to learn more about all that these players are doing for their communities."

Throughout the season, fans can join the conversation using #GoodWorksTeam on their social media channels to learn more about these players and their stories.