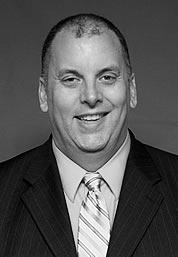 Todd Wyant has been Director of the Student-Athlete Enhancement Center since October 2009. He brings over 17 years of experience in the athletics-support services field to Middle Tennessee State University. Todd works directly with the football program while also supporting all aspects of the MTSU comprehensive academic and the B.R.A.S.S. life skills programs.  He is the academic counselor for volleyball, soccer, men's and women's track and men's and women's golf. Most recently Todd held the position of Assistant Director at Stony Brook University. He also spent two years working with the United States Ski and Snowboard Association where he was responsible for the management of the organization's interaction and communication with its elite team athletes. Prior to the USSA, Todd spent six years at Syracuse University as the Associate AD for Student-Athlete Services where he was responsible for the student-athlete development program that provided academic assistance, career and graduate school exploration and community service and personal development for more than 500 student-athletes. Prior to joining the staff at Syracuse, he was a member of the academic support staffs at Kansas State University and the University of Wyoming. He is a 1988 graduate of Montana State University - Billings, receiving a B.S. in Psychology. He also earned a M.S. in Leadership and Human Development from Wyoming in 1994. 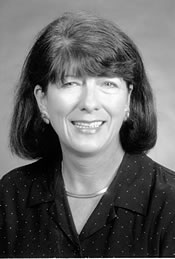 Wynnifred Counts is beginning her twenty-fifth year with the Student-Athlete Enhancement Center currently serving as Associate Director. Prior to joining the center staff Counts taught school in the Bedford County School System. She earned both her B.S. and M.Ed from Middle Tennessee. She initiated the tutorial program and the life skills program and has taught the Life Skills Freshmen Seminar course for nineteen years. Wynnifred is the academic counselor for men's and women's basketball, baseball, and coordinates the tutor/mentor program as well as the CHAMPS/Life Skills Program. 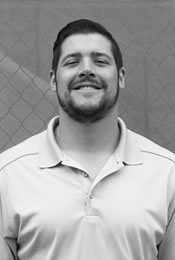 Wes Hofacker has been an Athletic Academic Counselor with the SAEC from November 2014 to present. He was a student-athlete at East Carolina University and later transferred to Middle Tennessee State University to play under Head Coach Rick Stockstill. He has a M.S. in Sports Management and a B.S. in Liberal Studies from MTSU. Prior to joining the staff at the SAEC, he was an advisor in the Athletic Academic Services office at Austin Peay State University. Wes is the academic counselor for varsity football. 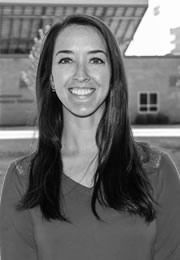 Madison Lowrance joined the staff in March 2018. She has worked in the Department of TRIO Student Support Services here at MTSU, and was an academic advisor at Winthrop University in the Department of Intercollegiate Athletics. She has a M.A. in Higher Education Administration and a B.S. in Psychology from Southeast Missouri State University. Madison is the academic counselor for freshmen football, men’s and women’s tennis, and softball.