John Seigenthaler believed in journalism of integrity. Throughout his nationally renowned career, he championed the underdog, shed light on dark places and looked out for the community he served. Seigenthaler passed away on July 11, 2014, but his legacy lives on in the form of the John Seigenthaler Chair of Excellence in First Amendment Studies at Middle Tennessee State University.

The Chair was instituted in 1986 to honor Seigenthaler’s lifelong commitment to free expression values. Seigenthaler, longtime president, editor and publisher of The Nashville Tennessean, remained chairman emeritus of that newspaper until his death at age 86. He also was the first editorial director of USA TODAY and the first chairman of the Freedom Forum First Amendment Center at Vanderbilt University.

The mission of the chair is to promote awareness and understanding of the First Amendment and to support quality journalism in the state through deepening the experiences of students and partnerships with the community. Its main programs include:

Each semester, the chair brings in Pulitzer Prize winners to discuss their work. Recent speakers have included: 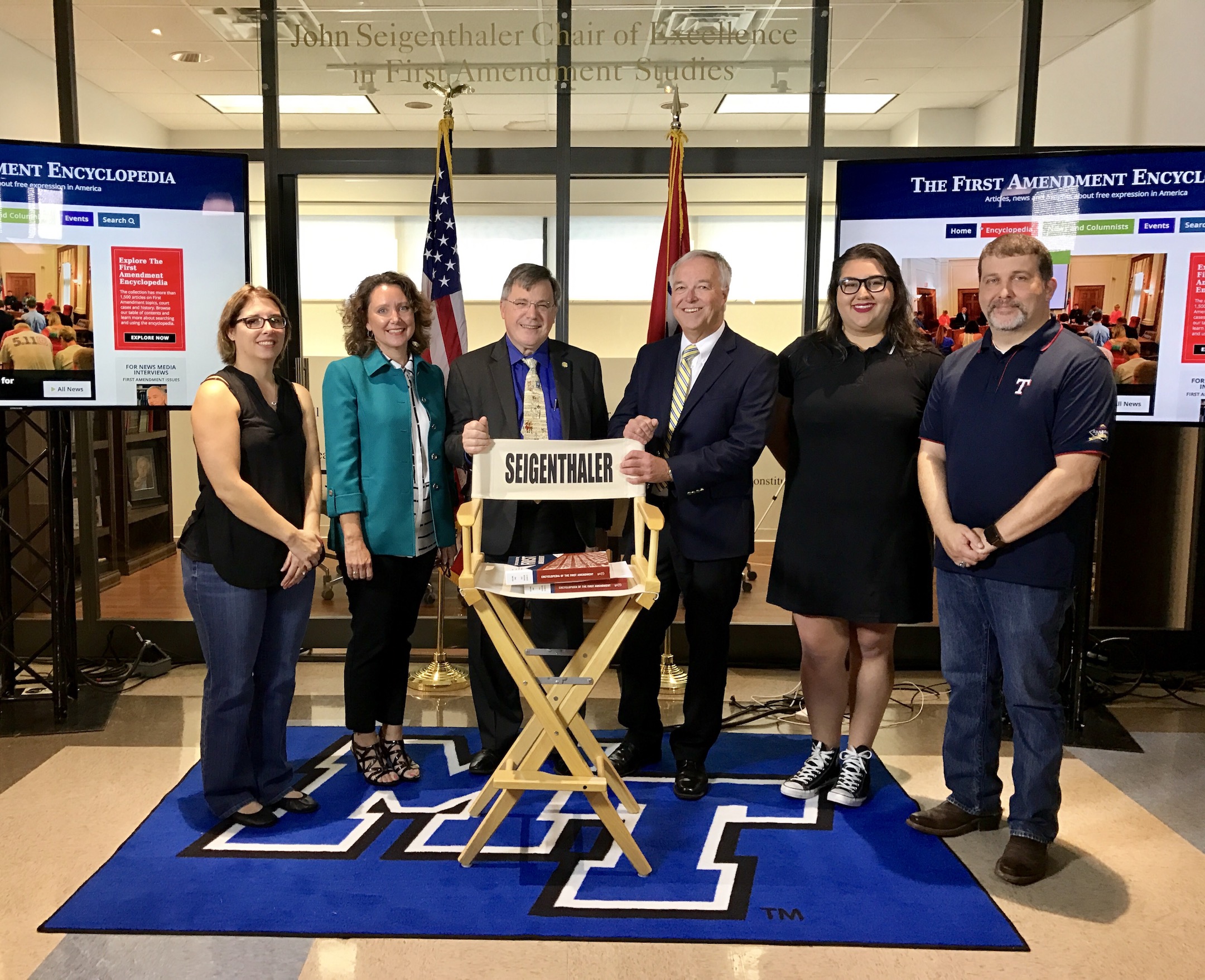 The Seigenthaler Chair in September 2017 launched an online, searchable encyclopedia with more than 1,500 essays and entries written by scholars covering court decisions and doctrines; people, laws and events; and issues and organizations. The chair, with the help of students and contributions by scholars, continues to update the encyclopedia with new entries. It serves as a resource to students and the general public about First Amendment rights. Read more about the encylopedia. 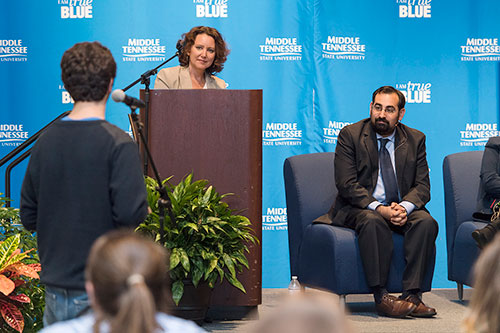 Regular panel discussions and events focusing on First Amendment issues, the press and our democracy.

Through this program, the chair creates learning environments in which students can produce work for news media outlets. A summer feature-writing class lead by associate professor and veteran journalist Leon Alligood takes students around the state to work at community newspapers, spending one week in each of the state’s three regions. Students also get hands-on experience providing news media coverage of the Bonnaroo music festival for various outlets.