(Sponsored and co-sponsored by the Seigenthaler Chair of Excellence) 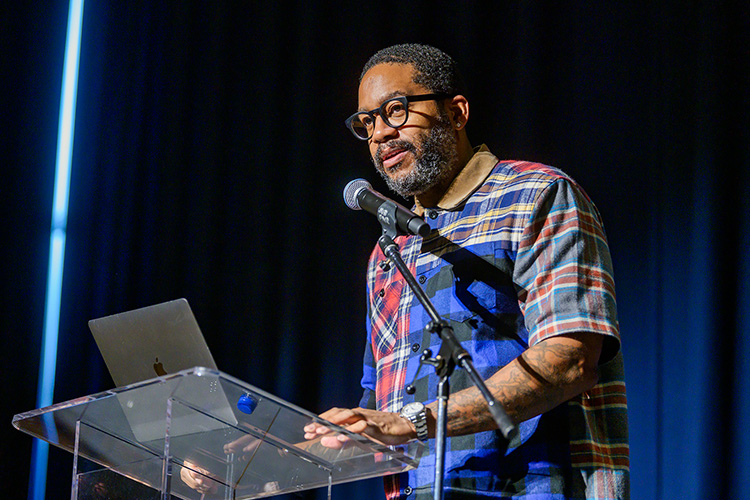 Mitchell Jackson: Acclaimed author and novelist Mitchell Jackson won the 2021 Pulitzer Prize in Feature Writing for his article, "12 Minutes and a Life," chronicling the life and killing of Ahmaud Arbery. He visited MTSU in October 2021 to talk about his work, including his new autobiographical book, "Survival Math: Notes on an All-American Family." The theme of his talk was "Revision" as an element of literary craft and as a metaphor for his own life and the many Black men he grew up with who didn’t have the chance to revise. Jackson's extraordinary story growing up in drug culture included serving time in prison on a drug conviction. When he got out,  he earned two master's degrees in writing, one from Portland State University and one from New York University. He also is the author of "The Residue Years" and writes regularly for national magazines, including Esquire and Harper's Bazaar. 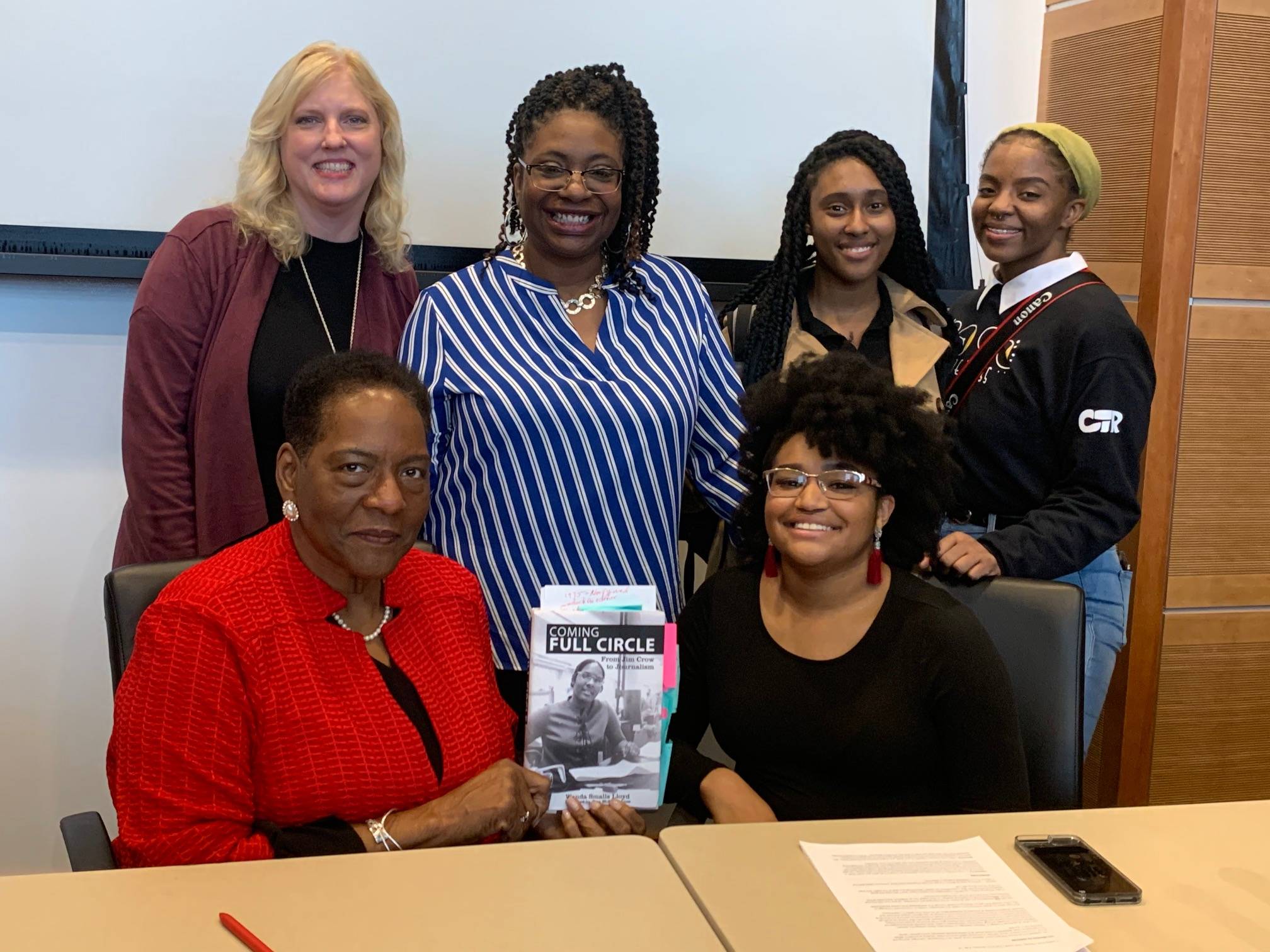 Wanda Lloyd: Trailblazing journalist Wanda Lloyd, who grew up under Jim Crow segregation laws, became one of the first African-American women to hold a top editor position at a mainstream newspaper when she became executive editor of the Montgomery (Ala.) Advertiser. A leader in promoting diversity in the news industry and accurate news coverage of minority communities, Lloyd discussed her career and recently published memoir, Coming Full Circle: From Jim Crow to Journalism, with a packed room of students during Black History Month on Feb. 10, 2020. See story about the event, Veteran black journalist Lloyd urges MTSU media students to find ‘fire in the belly’.

Beth Harwell: Beth Harwell held the most powerful position in the Tennessee House of Representatives for eight years when she was Speaker of the House. She was the first woman to hold the position, and so far, the only one. 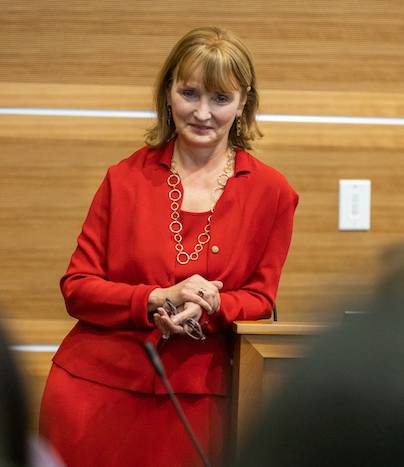 Harwell talked to students on March 2, 2020, about women in politics, her experience running for office and what it was like leading and managing the House of Representatives from 2011 to 2018. She also shared in a frank discussion how she pushed the House to adopt a more rigorous process to root out sexual harassment after a series of complaints against a lawmaker. Harwell was a state representative for 30 years.

Racial Justice Protests and the First Amendment: Amid the summer and fall of protests against police brutality, a Zoom panel including a scholar in African American history, a front-line journalist in Portland and a First Amendment expert shared perspective with students on Sept. 16, 2020, during Constitution Week.

The panelists included: Ashley Howard, an assistant professor of African-American history at the University of Iowa whose book manuscript analyzed the 1960s rebellions in the Midwest;

Ryan Haas, news editor with Oregon Public Broadcasting who led a team of reporters in covering the Black Lives Matters protests and law enforcement response in Portland, Oregon; and Ken Paulson, director of MTSU's Free Speech Center and former dean of MTSU’s College of Media and Entertainment. Keonte Coleman, an assistant professor in the school of Journalism and Strategic Media at MTSU was moderator.

Simon Tam of The Slants: Simon Tam, the founder of Asian-American band The Slants, had no idea when he named his band — as a way to defuse the slur — that one day he would be before the Supreme Court defending it. Tam shared with students his journey and ultimate First Amendment free speech win at the U.S. Supreme Court in Matal v. Tam in 2017. See an interview with Tam while he was on campus. Sept. 24, 2019.

Seigenthaler Report - Uncovering the Police: As the digital age matures, technology that makes government information widely available is triggering a backlash. And the institution most caught in the crosshairs is the local police department. Concerns about victim privacy, officer safety and even the reputations of those arrested have led to a series of decisions and movements to shield information that was once readily available and reported by local news journalists. At the same time, networked communications and heightened concern about terrorist activity have led to an expanding but largely secret use of surveillance techniques, including facial recognition and mobile phone tracking, in ways that allow local police the unprecedented ability to know who is where and when.

These trends raise important questions about the ability of the press to independently report on crime and law enforcement activities in their communities. Longtime journalist and former Knoxville News Sentinel Editor Jack McElroy documents the distinct forms of this new “curtain of confidentiality” and poses important questions for journalists and communities alike in Uncovering the Police: Converging trends threaten public accountability of local and state law enforcement across the United States. McElroy engaged journalism students in discussion in several classroom visits and in an event open to the entire campus. The Seigenthaler Reports is a series of white papers exploring current issues in journalism, with particular focus on press freedom, the capacity of the press to adequately inform the public, and the changing nature of the press in a digital age. Nov. 4-5, 2019.

The press and the Parkland high school shooting.

Journalists from the South Florida Sun Sentinel who won the 2019 Pulitzer Prize in Public Service for their reporting about the deadly shooting rampage at Marjory Stoneman Douglas High School presented several programs to students, engaging them in discussion about the ethical decisions and role of the press in reporting what happened. The Sun Sentinel's coverage won the Pulitzer Prize for its stories that exposed failings and missteps by school and law enforcement leading up to the shooting as well as the response to the shooter on campus. Managing editor Dana Banker, data reporter Aric Chokey and eduction reporter Scott Travis gave classroom presentations about their work as well as presented a program open to the entire campus. Oct. 21-22, 2019.

The Wall. Journalist who won the 2018 Pulitzer Prize for Explanatory Reporting talked about their digital storytelling project that explored the difficulties and unintended consequences of constructing a wall along the U.S. border with Mexico. The program included reporter Laura Gomez who traveled the entire 2,000-mile border, project manager Annette Meade and Mitchell Thorson, interactive graphics editor. Oct. 3, 2018

War and Its Costs. C.J. Chivers, a former Marine and winner of the 2017 Pulitzer Prize in Feature Writing, discussed his work covering the front lines in Afghanistan and the veterans of the war on terror after they returned home. Feb. 6, 2018.

News media industry and academia leaders gathered for a daylong roundtable on the the state of journalism schools, trends, needs and positioning for a new generation on Oct. 23, 2017.

The roundtable included presentations by Stephens College President Dianne Lynch on her research project "Above and Beyond: Looking at the Future of Journalism Education," and Allan Richards, associate professor of journalism at Florida International University, on the "JMC Innovation Project." 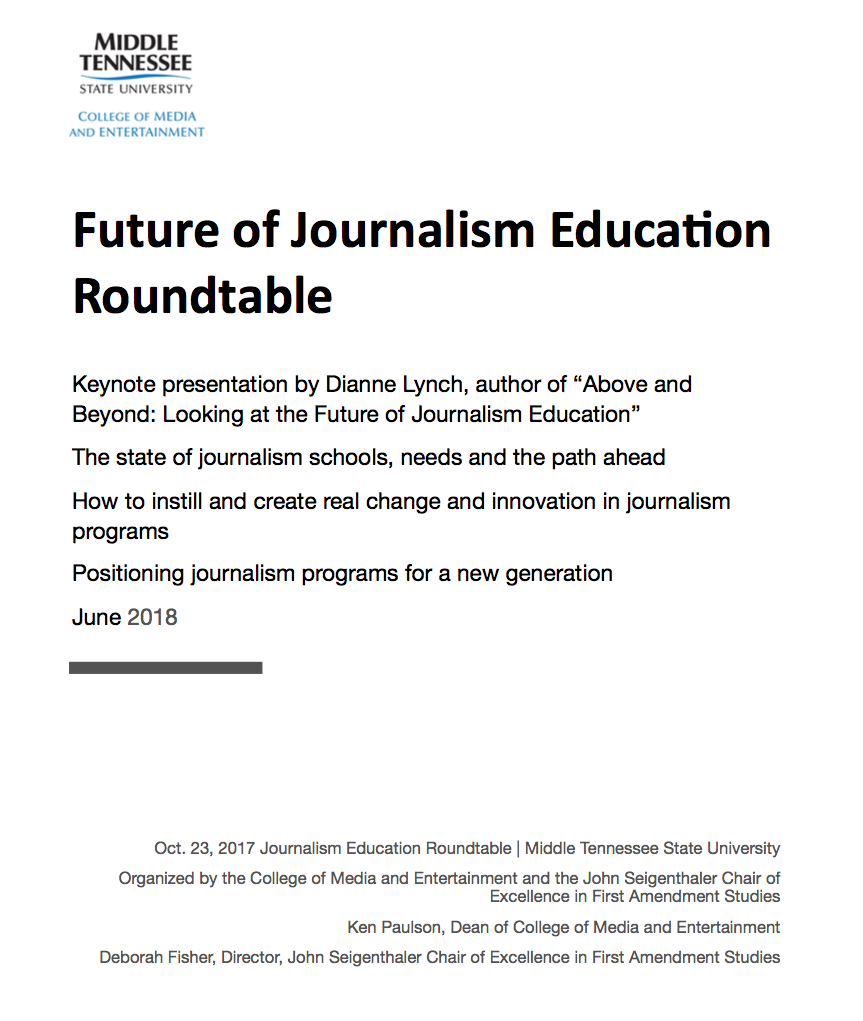 We captured the four segments of the roundtable on video.

The Opioid Crisis: Follow the Pills. Eric Eyre, winner of the 2017 Pulitzer Prize for Investigative Reporting, and Patrick McGinley, an attorney who worked with Eyre, discussed their fight to open court records that exposed the role of major drug distributors in West Virginia in the opioid crisis. (Part of Pulitzer Prize series). Sept. 28, 2017. 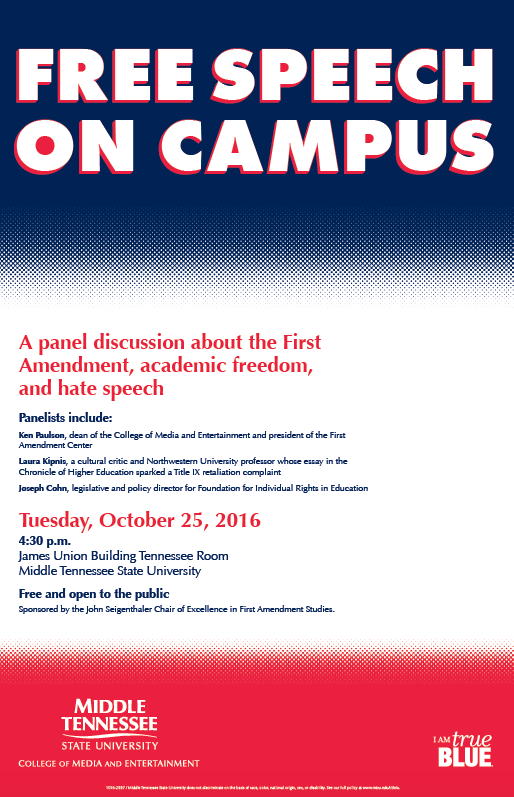 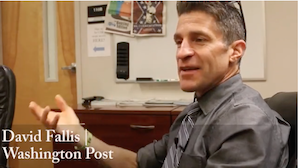 Free Speech on Campus, a panel discussion focusing free speech, academic freedom and hate speech, featuring Laura Kipnis, a cultural critic and Northwestern University communications professor whose essay in The Chronicle of Education prompted a Title IX investigation; Joe Cohn, legislative and policy director for Foundation for Individual Rights in Education, and Ken Paulson, dean of the College of Media and Entertainment, and president of the First Amendment Center. Oct. 25, 2016. 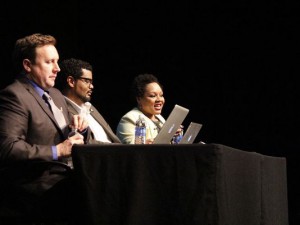 Sebastian Junger. Author of War and the Perfect Storm, speaks on “Dispatches from War: Stories from the Front Lines of History.”

The Internet and the First Amendment.  Robert Cox, president of the Media Bloggers Association.

Race, the Media, and Presidential Politics: The Truth about the Fact. USA Today columnist DeWayne Wickham.

Underreported and Overexposed: People of Color in the Media. CNN anchor Fredricka Whitfield.

One on One with Candy Crowley.  CNN chief political correspondent.

Covering the Front Lines: The Evolution of War Journalism and the Lasting Effects of War Coverage in Journalism.   David Halberstam, author and former Pulitzer Prize-winning war correspondent for The New York Times.

Rhythm & Blues in Black & White: A Discussion of Race and Music. A panel in conjunction with the Country Music Hall of Fame and Museum’s exhibit Night Train to Nashville: Music City Rhythm & Blues, 1945-1970.

When War is Reduced to a Photograph.  Barbie Zelizer, professor at the University of Pennsylvania.

The Media and the Emotions of War.  Columbia University professor and author Todd Gitlin.

The Rise and Fall of the Marketplace of Ideas. Communications scholar John Durham Peters of the University of Iowa.

Race in the New Century: A View from the Newsroom. Panel with Pulitzer Prize-winning Philadelphia Inquirer columnist Acel Moore.

Herman S. Gray. Author of “Watching race: Television and the Sign of Blackness.”

Can They Really Say That? Popular Music and the First Amendment. Nina Crowley, executive director of the Massachusetts Music Industry Coalition.

Symposium on the Red Scare. Pulitzer Prize-winning author Studs Terkel is among the speakers.