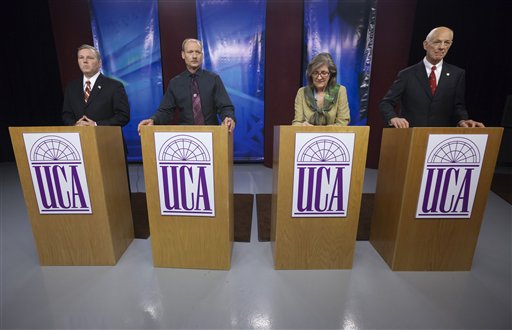 The ruling overturned the decision of the 8th U.S. Circuit Court of Appeals, which had ruled that the AETC had created a public forum to which all candidates should have access.

In the Court’s opinion, Justice Anthony M. Kennedy wrote that the First Amendment did not bar “the legislative imposition of neutral rules for access to public broadcasting” and that the amendment, by itself, did not compel “public broadcasters to allow third parties access to their programming.”

Court said televised debates were not a public forum

Kennedy placed the televised debate in the nonpublic forum category. Indeed, he thought it likely that classifying debates as public fora would be more likely to discourage speech than to encourage it since “faced with the prospect of cacophony, on the one hand, and First Amendment liability, on the other, a public television broadcaster might choose not to air candidates’ views at all.”

The fact that candidate debates fell into the category of a nonpublic forum did not give the AETC “unfettered discretion.” It still had no power to practice “viewpoint discrimination,” and its regulations must be “reasonable in light of the purpose of the property.”

Kennedy believed the exclusion in this case was based on lack of public support for the candidate and thus constituted “a reasonable, viewpoint-neutral exercise of journalistic discretion consistent with the First Amendment.”

Agreeing that the network had “no ‘constitutional obligation to allow every candidate access to’ public debates that it sponsors,” Stevens thought the grounds for exclusion in this case were too ad hoc and standardless to pass constitutional muster.