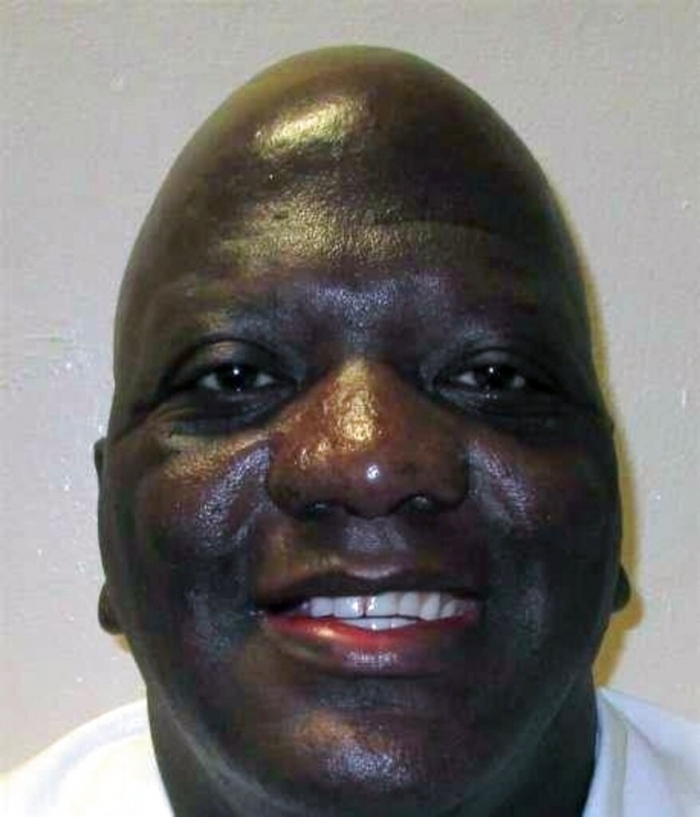 This undated file photo provided by the Alabama Department of Corrections shows Willie B. Smith III. The Alabama Supreme Court on Tuesday, Dec. 1, 2020, ordered that Smith III be put to death on Feb. 11, 2021, for the shotgun slaying of Sharma Ruth Johnson. The lethal injection of Willie B. Smith III was called off Feb. 11, 2021, when the U.S. Supreme Court maintained an injunction. The state prison system said the execution would not proceed given the ruling.(Alabama Department of Corrections via AP)

The U.S. Supreme Court in Dunn v. Smith, 592 U.S. ____ (2021) upheld an injunction issued by the 11th U.S. Circuit Court of Appeals prohibiting the execution of Willis "Willie" Smith without the presence of a member of the clergy in the execution chamber. Smith was convicted of murder in the 1991 shotgun slaying of Sharma Ruth Johnson.

Justice Elena Kagan was joined by Justices Stephen Breyer, Sonia Sotomayor, Amy Barrett and another unnamed justice (likely Samuel Alito or Neil Gorsuch) in affirming the decision. The 11th Circuit had ruled that denying access to a member of the clergy violated the Religious Land Use and Institutionalized Persons Act (RLUIPA).

Alabama had decided to deny all clergy in execution chamber

This decision should be understood against the background of two previous cases. In Dunn v. Ray (2019), the Court had, by a 5-4 vote, permitted Alabama to exclude an imam from the death chamber even though the state had permitted Christian chaplains to perform such duties. Just two months later, however, in Murphy v. Collier, 587 U.S. ____ (2019), the Supreme Court had remanded a Texas decision to prohibit a Buddhist spiritual advisor from accompanying inmate Patrick Murphy to the execution chamber when it permitted Christian clergymen to be present.  In light of the decision, Alabama had subsequently decided to deny access to members of the clergy in the execution chamber to individuals of all faiths.

In Dunn v. Smith, Kagan observed that RLUIPA has required extensive protections for religious liberty except in cases where such protections were justified by a compelling state interest and less restrictive means were unavailable to protect them. Observing that prison security was a compelling state interest, Kagan observed that “past practice, in Alabama and elsewhere, shows that a prison may ensure security without barring all clergy members from the execution chamber.”

Kagan writes states could do background checks on clergy

Not only had Alabama once permitted this, but so had other states and the national government. The state could meet its concern that members of the clergy be “trustworthy” by conducting background checks, interviewing them, and even requiring “a penalty-backed pledge that he will obey all rules.” The only examples that the state had provided of such interruption came from family members rather than members of the clergy.

In a dissenting opinion, Justice Brett Kavanaugh and Chief Justice John Roberts said that they would have vacated the 11th Circuit order because the Alabama regulation applied equally to members of all religions. Given the Court’s stays of execution in Murphy v. Collier and Gutierrez v. Saenz, 590 U.S. ____ (2020), however, they concluded that, if states wanted to avoid future delays of executions, they should find a way to permit spiritual advisors of all religious persuasions in the execution chamber.

This article was published May 11, 2021. John R. Vile is a professor of political science and dean of the Honors College at Middle Tennessee State University. He is co-editor of the Encyclopedia of the First Amendment.