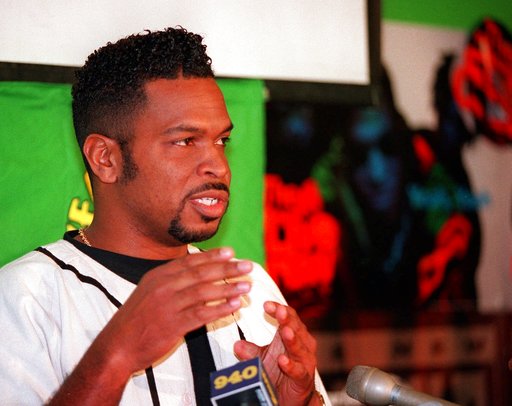 Luther Campbell of the rap group 2 Live Crew speaks at a news conference in Miami March 7, 1994. He was talking about a Supreme Court ruling that copyright owners cannot prevent all parodies of their songs. The unanimous ruling in Campbell v. Acuff-Rose Music, Inc. (1994) was a victory for the group, who had been sued for their parody of the 1964 rock classic by Roy Orbison "Oh Pretty Woman." (AP Photo/Lynne Sladky, Used with permission from The Associated Press)

In Campbell v. Acuff-Rose Music, Inc., 510 U.S. 569 (1994), the Supreme Court ruled that the rap group 2 Live Crew did not violate copyright law with the song “Pretty Woman,” a parody of the previously released “Oh, Pretty Woman.”

Although the decision pertains primarily to the Copyright Act of 1976, and the concept of fair use, it illustrates how the Supreme Court views the relationship between the First Amendment and parody.

The sometimes-raunchy rap group produced a parody of “Oh, Pretty Woman” that began with the original’s opening line and then substituted plays on words for the other lyrics; the music was obviously identifiable as derived from the original.

A federal district court in Nashville, Tennessee, ruled that 2 Live Crew’s song had made “fair use” of the original, but the Sixth Circuit Court of Appeals reversed on the basis of the copyright act.

The Supreme Court reversed the circuit court ruling. The Court’s opinion, written by Justice David H. Souter, stated that the rap song would have infringed on copyright were it not “for a finding of fair use through parody.”

It further noted that the doctrine of fair use had been “judge-made doctrine” until the Copyright Act of 1976.

That law established four criteria for fair use based on the purpose and character of the use, including:

Souter noted that these four criteria could not “be treated in isolation, one from another,” but were to “be explored and the results weighed together, in light of the purposes of copyright.”

Souter thought that the circuit court had unduly focused on the first factor without acknowledging that parody, by its nature, transforms an original.

He wrote, “Parody needs to mimic an original to make its point, and so has some claim to use the creation of its victim’s (or collective victims’) imagination, whereas satire can stand on its own two feet and so requires justification for the very act of borrowing.”

That parody may not be in good taste “does not and should not matter to fair use.”

Again referring to the circuit court’s focus on the first criteria of the copyright law, Souter further responded, “If, indeed, commerciality carried presumptive force against a finding of fairness, the presumption would swallow nearly all of the uses” Congress intended to authorize.

In examining the other factors the law outlined, Souter noted that the value of the derivative song “lies in the tension between a known original and its parodic twin.” In a concurring opinion, Justice Anthony M. Kennedy acknowledged that “some parodies, by their nature, require substantial copying.”