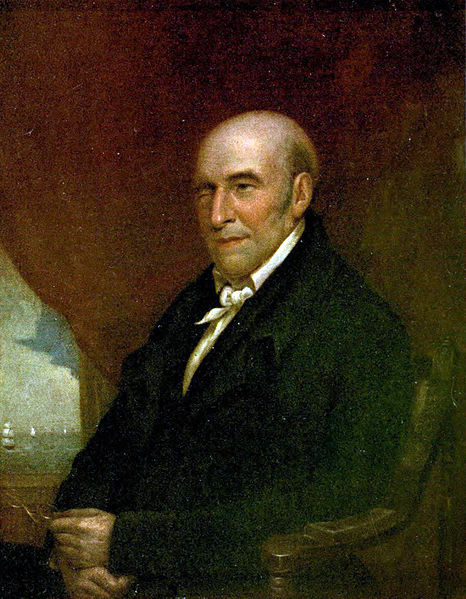 Vidal v. Girard’s Executors, 43 U.S. 127 (1844), a famous 19th-century decision concerning the religious implications of the will of Stephen Girard, implicated some issues that, if presented to the Court today, would be decided in the context of the First Amendment. (Image of Stephen Girard via Wikimedia Commons, public domain)

Vidal v. Girard’s Executors, 43 U.S. 127 (1844), a famous 19th-century decision authored by Supreme Court Justice Joseph Story, implicated some issues that, if presented to the Court today, would be decided in the context of the First Amendment.

At issue was a large bequest by Stephen Girard, who died a childless widower, for the establishment of a school for orphans in Philadelphia to be administered by trustees appointed by the city. In addition to deciding whether Philadelphia had the power to accept such a trust (Story agreed), Story had to decide whether Girard’s prohibition of clergymen from the school faculty (at a time when they did much of the teaching) was appropriate. Apparently, Girard had instituted such a provision to avoid sectarianism in the school.

In a previous lecture, Story had argued that Christianity was part of common law. He repeated that affirmation in Vidal, but observed that it was limited by “appropriate qualifications and in connection with the bill of rights of that state [of Pennsylvania],” which provided “that all men have a natural and indefasible [sic] right to worship Almighty God according to the dictates of their own consciences.” Story thus observed that Christianity was part of the common law “in the qualified sense, that its divine origin and truth are admitted, and therefore it is not to be maliciously and openly ridiculed and blasphemed against.”

Story was unwilling to consider whether Pennsylvania could accept a devise to establish “Judaism, or Deism, or any other form of infidelity,” because “such a case is not to be presumed to exist in a Christian country.” Story further denied that Girard’s prohibition of ministers was intended to exclude religious teachings. Indeed, Story both anticipated that the city would hire men “not only distinguished for learning and talent, but for piety and elevated virtue, and holy lives and characters.” He further expected they would read the New Testament to their students. He therefore found no inconsistency between the bequest and the common law of the state.

Appellate judge and constitutional law scholar Michael W. McConnell has said that Story appeared “to concede the principle that charitable trusts must be consistent with the Christian religion, while relying on a dubious reading of the testator’s intentions to avoid application of the principle to the case.” McConnell found that Story approved the creation of  “Protestantism in disguise” (a practice today limited by prohibitions against public prayer and devotional Bible reading in public schools) and that the specific exclusion of clergymen would today be viewed as improper viewpoint discrimination. Twentieth-century litigants also successfully challenged Girard’s restriction of orphanages to fatherless boys.