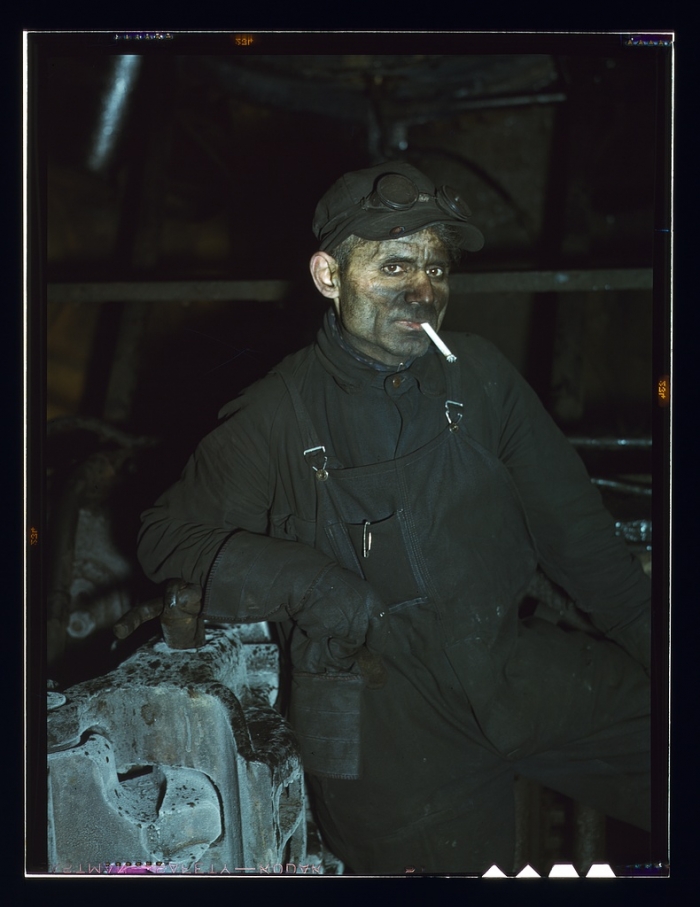 The Railway Labor Act, first passed in 1926, permitted union shops where all employees could be required to pay into the union. In Railway Employees' Department v. Hanson (1965), the Supreme Court ruled that union shops were not a violation of the First Amendment's right of association. This image from 1942 shows a railroad worker, William London, in Melrose Park near Chicago. (Image via Library of Congress, public domain.

In Railway Employees’ Department v. Hanson, 351 U.S. 335 (1956), the Supreme Court overturned a decision by lower Nebraska courts enjoining the application and enforcement of a union shop arrangement for railroad employees.

The Court rejected the idea that the Railway Labor Act deprived employees of their First Amendment rights of association or their Fifth Amendment due process rights.

Justice William O. Douglas's opinion for the Court decided that a section of the Railway Labor Act authorizing such a union shop preempted state law on the subject.

Congress had permitted the union shop arrangement, which requires payment of “periodic dues, initiation fees, and assessments” by all employees, as a matter of policy to promote “industrial peace along the arteries of commerce,” and if the public thought this policy to be unwise, it could vote accordingly. If this policy were extended to cover the payment of “fines and penalties” or “for purposes not germane to collective bargaining,” this would present a different problem.

Douglas said that the current requirement was not different from that posed by the requirement that lawyers join an integrated bar, that is, one in which they were required to be members of a bar association.

In a concurring opinion, Justice Felix Frankfurter noted the long line of laws that had regulated the railroad industry. In his view, the Court should leave such matters of public policy to Congress to resolve.

In International Association of Machinists v. Street (1961), the Supreme Court subsequently interpreted the law at issue so as to exclude nonunion members from having to contribute to union political activities of which they disapproved.