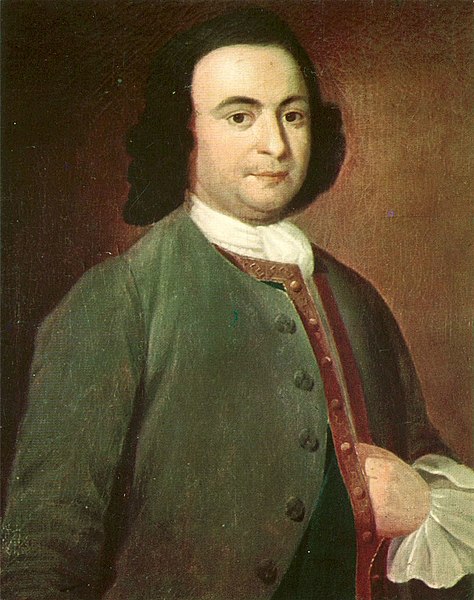 George Mason was the primary author of the Virginia Declaration of Rights. The declaration was particularly influential on later state constitutions because it represented the first protection of individual human rights under state constitutions of the American revolutionary period. It foreshadowed rights found in the First Amendment and Bill of Rights. (Image via Wikimedia Commons, painted by John Hesselius, 1750, public domain)

Mason and Madison were primary authors

George Mason was the primary author of the document. However, in 1787 Mason would attend the Constitutional Convention and then join the Anti-Federalist opponents of ratification of the Constitution because it did not, as he had proposed, contain a similar declaration. James Madison, who was just beginning his political career, also made a significant contribution to the Virginia Declaration, an experience that foreshadowed his later role in adoption of the First Amendment.

In language echoed later in the Declaration of Independence (it was drafted the next month by Thomas Jefferson), Section 1 of the Virginia Declaration proclaimed that all men “are by nature equally free and independent and have certain inherent rights,” including “the enjoyment of life and liberty” and property and that of “pursuing and obtaining happiness and safety.” Section 2 recognized that the people were the source of all power, and Section 3 proclaimed the right of the people to replace governments that did not meet these needs. Section 4 reflected the republican principle that no individual is entitled to power on the basis of hereditary, while Section 5 proclaimed the idea of separation of powers. Much of the rest of the Declaration of Rights outlined rights similar to those later incorporated into the U.S. Bill of Rights.

At least two of these rights are similar to those incorporated in the First Amendment. Section 12 proclaimed that “freedom of the press is one of the great bulwarks of liberty, and can never be restrained but by despotic governments.” Although the Virginia Declaration does not contain a provision on freedom of speech, its provision for religious freedom is actually more extensive than those incorporated in the First Amendment. Section 16 of the declaration declares: “That religion, or the duty which we owe to our Creator, and the manner of discharging it, can be directed only by reason and conviction, not by force or violence; and therefore all men are equally entitled to the free exercise of religion, according to the dictates of conscience; and that it is the mutual duty of all to practice Christian forbearance, love, and charity toward each other.”

Following contemporary usage, Mason had originally phrased this declaration in terms of “tolerance” for all, but, consistent with the teachings of John Witherspoon, the president of College of New Jersey (later Princeton) under whom he had studied, Madison insisted that religious practice was not a matter of majority grace but of natural rights. Madison’s phraseology is similar to that appearing later in the Virginia Statute for Religious Freedom and in his “Memorial and Remonstrance Against Religious Assessments” defending the statute.

Bill of Rights is more forceful than Declaration of Rights

Although the content of the Virginia Declaration and the later U.S. Bill of Rights overlap in many ways, there are differences. Section 15 of the Virginia Declaration provides in fairly moralizing language that “no free government, or the blessings of liberty, can be preserved to any people but by a firm adherence to justice, moderation, temperance, frugality, and virtue and by frequent recurrence to fundamental principles.” Most other provisions of the Virginia Declaration, like those of the similar state declarations that followed, were phrased in the precatory language of “oughts.” Madison appears to have constructed most provisions of the Bill of Rights—for example, the First Amendment provision stating that “Congress shall make no law”—more forcefully, so that courts could more readily protect individual rights by enforcing such provisions.