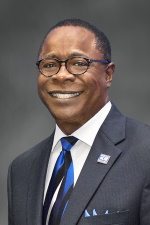 Dr. Sidney A. McPhee, the tenth president of Middle Tennessee State University, has presided over one of the most remarkable periods of growth and progress in the institution’s century-plus of service.

MTSU is the No. 1 choice for our state's transfer students, the No. 1 provider of graduates to the Greater Nashville economy, and the No. 1 choice of Tennessee adults (ages 25 and up) seeking a four-year degree. We proudly pioneered the Adult Degree Program in Tennessee. And, we are home to the Charlie and Hazel Daniels Veterans and Military Family Center, the largest support facility of its kind in the state.

McPhee’s presidency, which began in 2001, has led MTSU through a period of unrivaled growth and success. His efforts have enabled MTSU to ascend to a position of higher education leadership, not only in Tennessee, but to positions of national and international prominence, with world-class programs that attract students from across the country and around the globe.

During his tenure, the university has grown in both student numbers and physical facilities, with today's campus hosting more than 22,000 students, covering almost 1,000 acres, and benefitting from more than $1 billion in construction and renovation. Among those projects:

MTSU’s ambitious Quest for Student Success, launched in Fall 2013 under McPhee’s leadership, is reshaping the institution’s approaches to teaching and learning. This nationally recognized initiative underscores the university's commitment to the successful retention and graduation of each and every student. With the goal of increasing the number of Tennesseans with post-secondary degrees, MTSU's Quest for Student Success aligns with and supports Gov. Bill Haslam’s Drive to 55 initiative.

McPhee has overseen the addition of almost 50 undergraduate and graduate degree programs, two colleges (Behavioral and Health Sciences and University College) and more than a dozen institutes and centers, including the Center for Chinese Music and Culture that opened in March 2016.

Prior to his arrival at MTSU, McPhee was executive vice chancellor for the Tennessee Board of Regents system. In addition, he served as the TBR’s chief academic officer and interim chancellor. McPhee also served in various senior-level administrative capacities at several major universities, including Oklahoma State University, University of Louisville and University of Memphis.

McPhee is married to Elizabeth McPhee, and they have two adult children, Seneca and Sidney-Anthony.

As an academician, his work has appeared in numerous local, national and international professional journals. His scholarly pursuits include international lectures and presentations in numerous countries, including China, Japan, South Korea, Israel, Belgium, Canada, England, Brazil, Ethiopia and the Bahamas.

China Agricultural University in Beijing, one of the country’s top universities, awarded McPhee its highest academic award (Honorary Professor). A book of his photographic essays, China: Through the Eyes of An American University President, published in July 2012, was released internationally.

McPhee served two terms on the NCAA Division I Board of Directors and on its Executive Committee. He served a six-year term on the Board of Trustees for the Southern Association of Colleges and Schools Commission of Colleges.

He is a member of the Murfreesboro Noon Rotary Club, the SunTrust Bank Board of Directors (Nashville), and the SunTrust Regional Bank Advisory Board (Murfreesboro). He previously served on the Rutherford County Chamber of Commerce Board of Directors and chaired its membership council. He also served on the Nashville Adventure Science Center Board; the Middle Tennessee Medical Center Board; and the Executive Board of the Boy Scouts of America’s Middle Tennessee Council.

McPhee was honored as the 2018 recipient of the American Red Cross Hero Award. He was named Outstanding American University President by the American Football Foundation. The Nashville Post business magazine recognized him as one of Tennessee’s 100 Most Powerful Individuals, and he was ranked by Business Tennessee magazine as one of the state’s Top 50 Most Powerful African Americans.

Other honors bestowed on President McPhee include:

A specialist in American government and politics, he joined the MTSU Department of Political Science in 1991. He is a nationally recognized expert on the presidency and has published books on NASA, President James K. Polk, and Tennessee politics.

Byrnes was elected to two terms (2004 to 2012) on the Rutherford County Board of Education. During that time, he served as chairman for four years and vice chairman for three.

Byrnes has also served as president of the Tennessee Political Science Association and of the MTSU chapters of the American Association of University Professors and the Honor Society of Phi Kappa Phi.

Byrnes also was the recipient of one of the MTSU Foundation’s 2010 Public Service Awards.

William J. "Joe" Bales, is the Vice President for University Advancement at MTSU. With 30 years’ experience in fundraising and institutional advancement, he leads the University's efforts in development, alumni relations, corporate engagement and governmental relations. Fundraising activities at the University have more than doubled during Bales’ tenure.

Under his leadership, MTSU raised more than $105 million in the Centennial Campaign, surpassing the $80 million goal set when the effort was announced in 2012. The $105,465,308 raised during the campaign, which concluded Dec. 31, 2015, represents the largest fundraising effort in University history, surpassing a $30 million campaign mark set in 2001.

Bales came to MTSU in 2002 from the University of Tennessee-Knoxville, where he spent nearly 15 years in a variety of development and alumni affairs roles. Immediately prior to coming to MTSU, Bales served for more than five years as Assistant Vice President for Corporate Relations. In that role, he was responsible for developing cultivation and solicitation plans for more than 30 major corporations - and providing leadership to all appropriate colleges and constituent development offices. His accomplishments included the creation of a formal corporate partnership plan, the development of an annual-giving blueprint and the launching of an "executive briefing" newsletter for the campus.

Earlier, from 1993 to 1997, Bales was director of development for the UT’s College of Engineering. During that time, he directed the college's 21st Century Campaign that raised more than $34 million in gifts and pledges from alumni, friends and corporations. The annual average for total giving increased from $2 million to $4.5 million. He also developed a tracking/management system for the college's gift funds composed of more than 200 gift accounts and a $15 million endowment. Before that, Bales served for four years as associate director of institutional advancement for the university's Institute of Agriculture, then later became director of development.

He earned Bachelor of Science and Master of Science degrees in agriculture from UT-Knoxville and served as a graduate teaching assistant and as an instructor in the Department of Animal Science.

"As a native of this state, I strongly believe in the value of higher education and am committed to working to strengthen our educational system," Bales said. "The chance to assist MTSU in meeting the future needs of Tennessee is an exciting challenge. MTSU is one of the best kept secrets in higher education -- not only in Tennessee, but across the country. It is gratifying to have the opportunity to work with Dr. McPhee, the university community and MTSU's students and alumni in moving MTSU to the top tier of America's comprehensive universities." 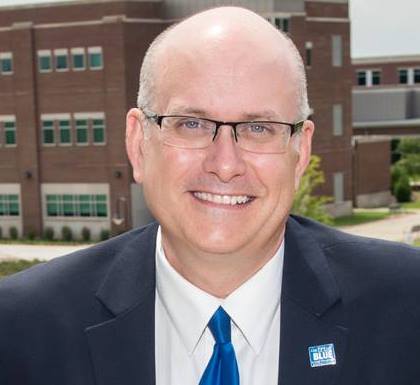 Andrew Oppmann, a former media executive for news organizations in seven states, leads MTSU’s efforts to tell our unique stories on multiple platforms. His team shapes and implements organic and paid advertising and communications strategies that serve the needs and priorities of the university’s colleges and units. As the university’s chief spokesman, Oppmann also works with the President and Provost to shape executive-level outreach.

As executive producer of MTSU True Blue TV, Oppmann is also responsible for the university’s premier video platform and public access channel for live broadcasts and campus original programming. He is host and executive producer of “Out of the Blue,” MTSU’s award-winning public service program that airs on NewsChannel 5+ and channels in 17 states. The program’s web-only series during the height of the COVID-19 crisis, “Stay on Course,” was honored with a 2020 Silver Telly Award.

Before joining MTSU, Oppmann was a vice president at The Tennessean in Nashville and president and publisher of Gannett Tennessee’s media groups in Murfreesboro (The Daily News Journal) and Clarksville (The Leaf-Chronicle). He was an executive, editor or reporter for news organizations in Alabama, California, Kentucky, Ohio, Texas and Wisconsin. He earned his master’s degree from MTSU in strategic leadership and his bachelor’s degree from the University of Kentucky in journalism.

Oppmann is a lieutenant colonel in Civil Air Patrol; an Army Reserve Ambassador on behalf of MTSU’s Army ROTC program; and a volunteer Boy Scout leader. An adjunct professor of journalism in MTSU’s College of Media and Entertainment since 2011, he was conferred lifetime membership and regent status by the Associated Press Media Editors (now the News Leader Association) for his work on behalf of the journalism industry. 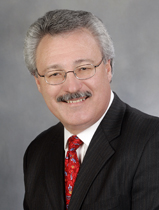 Petryshak was named one of the top CIOs in the country, according to ExecRank’s “Top CIO Rankings” for 2012. According to the California-based executive ranking service, there are over 38,000 CIOs in the United States and “only the very best are awarded the distinction” of inclusion in ExecRank’s listings; he was ranked No. 83 out of 213 CIOs listed in the category of “Top Private Company CIOs.”

She oversees the Division of Student Affairs, Enrollment and Academic Services, which provides essential programs and services that support the matriculation, academic achievement, personal development, and quality of life of our students. In her role as a vice provost, she is also responsible for the recruitment of traditional and transfer students and helps them make effective transitions to the university environment.

Sells completed her Bachelor’s of Arts degree in Sociology and Communications at Hope College in Holland, Michigan. She completed her Master of Social Work with a concentration in Interpersonal Practice and Clinical Casework at the University of Michigan in 1983. She completed her Doctorate of Education at Arizona State University in 1996 with a dissertation entitled "The Freshman Year Experience: A Case Study of a Freshman Living-Learning Center."

In 2016, she was the co-author of a book, “A New Way: Introducing Higher Education to Professional Learning Communities at Work,” that examined how leaders may positively impact student success through the use of high-performing collaborative teaming.

"Our students and their families will know what we value by where we invest our time and our presence,” said Sells. "It is critical that we are accessible, involved and engaged with our students. They are the reason we come to work each day."

His more than 25 years at MTSU also included service as the University’s Controller and Executive Director of Finance Technology and Compliance (December 1999 to December 2014); Director of Accounting Services (November 1995 to November 1999); Accounting Manager (January 1995 to October 1995); and Foundation Accountant (April 1990 to June 1993). He was also a Financial Analyst for the Tennessee Board of Regents Central Office (July 1993 to December 1994) and started his career as a Legislative Auditor in the Tennessee Comptroller of the Treasury’s Division of State Audit (June 1987 to March 1990), focusing on audits of Tennessee’s higher education institutions.

Thomas, a Middle Tennessee native, is a 1987 graduate of Middle Tennessee State University with a Bachelor of Business Administration degree in Accounting.  In 1992, he obtained his Certified Public Accountant (CPA) license (inactive). He received his Master of Education in Administration and Supervision from MTSU in 1998.  He also holds memberships in both the National Association of College and University Business Officers (NACUBO) and Southern Association of College and University Business Officers (SACUBO), as well as served on various state-wide committees for higher education.

Alan and his wife, Kandi, have lived in the Rutherford County or the Murfreesboro area since 1990. Their daughter, Briana, graduated from MTSU in December 2017 and represented the University as a member of the MT Cheer team for four years.