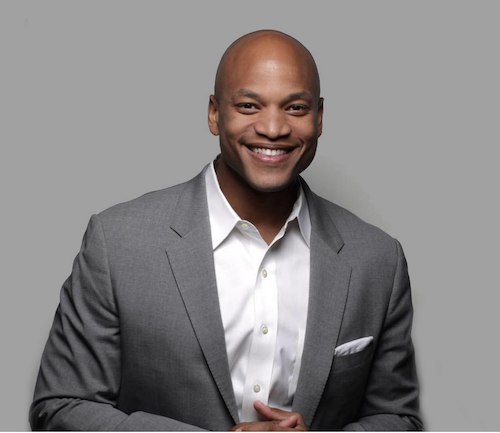 Moore graduated Phi Theta Kappa as a commissioned officer from Val­ley Forge Military College in 1998 and Phi Beta Kappa from Johns Hopkins University in 2001 with a bachelor’s degree in International Relations. At Johns Hopkins, he was honored by the Maryland College Football Hall of Fame. He completed an M Litt in International Relations from Oxford University as a Rhodes Scholar in 2004. Wes was a paratrooper and Captain in the United States Army, serving a combat tour of duty in Afghanistan with the elite 1st Brigade of the 82nd Airborne Division in 2005–2006.

As a White House Fellow, he worked as a special assistant to Secretary Condoleezza Rice at the State Department from 2006-07. He was named one of Ebony magazine’s Top 30 Leaders Under 30 (2007), was a featured speaker at the 2008 Democratic National Convention, and, most recently, was dubbed one of the top young business leaders in New York by Crain’s New York Business. He works in New York City.

Moore spear­headed the American strategic support plan for the Afghan Reconciliation Program that unites former insurgents with the new Afghan Government. He is recognized as an authority on the rise and ramifications of radical Islamism in the Western Hemisphere. Following his time at the White House, Moore became an investment professional in New York at Citigroup, focusing on global technology and alternative investments. In 2009 he was selected as an Asia Society Fellow.

Moore is passionate about supporting U.S. veterans and examining the roles education, mentoring, and public service play in the lives of American youth. He serves on the board of the Iraq Afghanistan Veterans of America (IAVA) and founded an organization called STAND! through Johns Hopkins that works with Baltimore youth involved in the criminal justice system. As a featured speaker at the 2008 Democratic National Convention in Denver, he addressed the crowd from Invesco Field. He has also spoken at the National Foundation for Teaching Entrepreneurship (NFTE) Business Plan Competition, Southern Regional Conference of the National Society of Educators, the education reform session of the third annual Race & Reconciliation in America conference, and the first 9/11 National Day of Service and Remembrance.

He has been featured by such media outlets as People magazine, the New York Times, the Washington Post, CSPAN, and MSNBC, amongst others. Moore’s first book, The Other Wes Moore, was published by Spiegel & Grau, an imprint of Random House, in 2010.

Moore was born in 1978 and was three years old when his father, a respected radio and television host, died in front of him. His mother, hoping for a better future for her family, made great sacrifices to send Wes and his sisters to private school. Caught between two worlds—the affluence of his classmates and the struggles of his neighbors—Wes began to act out, succumbing to bad grades, suspensions, and delinquencies. Desperate to reverse his behavior, his mother sent him to military school in Pennsylvania. After trying to escape five times, Wes finally decided to stop railing against the system and become accountable for his actions. By graduation six years later, Moore was company commander overseeing 125 cadets.

On Decem­ber 11, 2000, the Baltimore Sun ran an article about how Wes, despite his troubled childhood, had just received The Rhodes Scholarship. At the same time, The Sun was running stories—eventually more than 100 in all—about four African-American men who were arrested for the murder of an off-duty Baltimore police officer during an armed robbery. One of the men convicted was just two years older than Wes, lived in the same neighborhood, and in an uncanny turn, was also named Wes Moore.

Wes wondered how two young men from the same city, who were around the same age, and even shared a name, could arrive at two com­pletely different destinies. The juxtaposition between their lives, and the questions it raised about accountability, chance, fate, and family, had a profound impact on Wes. He decided to write to the other Wes Moore, and much to his surprise, a month later he received a letter back. He visited the other Wes in prison over a dozen times, spoke with his family and friends, and discovered startling parallels between their lives: both had difficult childhoods, they were both fatherless, were having trouble in the classroom; they’d hung out on similar corners with similar crews, and had run into trouble with the police. Yet at each stage of their lives, at similar moments of decision, they went down different paths toward astonishingly divergent destinies. Wes realized in their two stories was a much larger tale about the consequences of personal responsibility and the imperativeness of education and community for a generation of boys searching for their way.

Seeking to help other young people to redirect their lives, Wes is committed to being a positive influence and to helping kids find the support they need to enact change. Pointing out that a high school student drops out every nine seconds, Wes says that public servants—the teachers, mentors and volunteers who work with our youth—are as imperative to our national standing and survival as are our armed forces. “Public service does not have to be an occupation,” he says, “but it must be a way of life.”

Moore lives with his wife Dawn in New Jersey.

The Distinguished Lecture Committee has invited Wes Moore to address our students as our 20th Summer Reading keynote speaker.
This event kicks off of the new school year and all MTSU students, parents, alumni, faculty and staff are invited to attend.