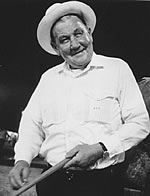 A gift of more than $20 million by the late John C. "Tennessee" Miller and his wife, the late Mary Elizabeth Miller, helped make the Tennessee Miller Coliseum a reality. Congressman Bart Gordon worked to secure a matching funds proposal of $2.5 million before the Miller's gift. With the gift and subsequent plan for the coliseum, the match for the U.S. Department of Agriculture grant helped to build the Horse Science Center.

The 154-acre coliseum would be a dream come true for the Millers, who were strong horse enthusiasts and among the earlier advocates of the Walking Horse Owner's Association.

The generosity of the Millers will continue to be felt among those who attend the horse shows at the Tennessee Miller Coliseum.