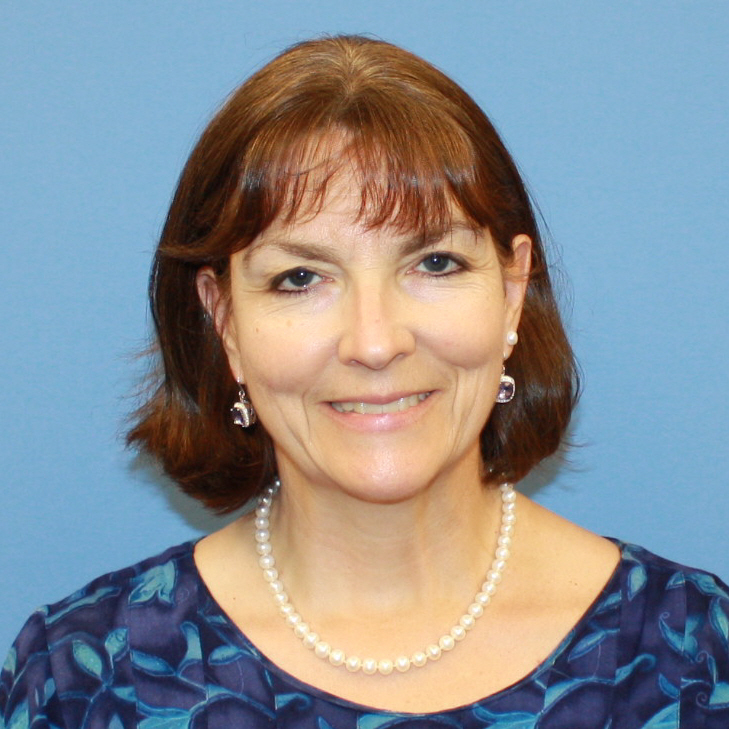 Dr. Friedli is originally from Midland, Michigan (home of Dow Chemical) where she was born into a family full of scientists with an affinity for music and art. After considering music, geology, and engineering while growing up in south Texas (another home of Dow Chemical), she found that she was most fascinated by chemistry - and still is!

Dr. Friedli is a Professor of Chemistry and assists the Vice Provost for Research with special projects at Middle Tennessee S...

Dr. Friedli is originally from Midland, Michigan (home of Dow Chemical) where she was born into a family full of scientists with an affinity for music and art. After considering music, geology, and engineering while growing up in south Texas (another home of Dow Chemical), she found that she was most fascinated by chemistry - and still is!

Dr. Friedli is a Professor of Chemistry and assists the Vice Provost for Research with special projects at Middle Tennessee State University. Her training is in the area Chemistry, with a B. A. from Rice University in Chemistry; an M. S. from Yale University in the area of physical organic chemistry; and a Ph.D. from the University of Texas at Austin, where she synthesized a series of strained organic compounds and studied electron transfer in solutions and thin films. Her postdoctoral research at California Institute of Technology involved synthesis and characterization of nonlinear optical materials.

The green rolling hills and music-filled Nashville area drew her family eastward to middle Tennessee, where she has been an active teacher-scholar in the Department of Chemistry at Middle Tennessee State University (MTSU) since 1993. She received and co-managed $4.6M in nearly continuous funding to carry out projects that utilitze organosiloxane film chemistry, donor-acceptor dyes, 3D visualization as a teaching tool, and boron-cluster chemistry. Funded interdisciplinary projects allowed her to mentor the research of 56 undergraduate students, 11 graduate students, 3 postdoctoral fellows, and 3 visiting researchers. In 2005 she received the MTSU Foundation Distinguished Research Award. As a faculty advocate for research and a research administrator, she has made numerous contributions to research infrastructure at MTSU for over 23 years.

For the past eleven years, she concurrently served in the Office of Research (under five Vice Provosts), where she performed a variety of roles, under umbrella titles of Director of the Center for Advancement of Research and Scholarship (CARS), Assistant to the Vice Provost for Research and Director of Special Projects. The primary goal was to increase extramural funding for research at MTSU through interdisciplinary proposals, investment in centers, partnership development, and intellectual property commercialization.

An early champion of undergraduate research at MTSU, Friedli served on the Undergraduate Research Experiences and Creative Activity (URECA) committee since its inception in 2005. During her eight years as Director of the Undergraduate Research Center and Chair of the URECA committee since 2009, she administered the investment of over $1M in university funds for individual and team grants and travel funding.  Under her leadership, the URC restructured the grant selection process, offered more frequent and new opportunities for project funding, and instituted a Summer Research Celebration. Friedli also serves as committee chair for the annual Scholars Week Research Celebration, building it into a week-long event with events in each college, while expanding activities and maintaining the quality of the culminating University-wide event.

Managing intellectual property for the Office of Research, she worked closely with faculty disclosing intellectual property (IP), the legal counsel for IP, and the IP Advisory Committee, to make recommendations to the VPR, and the Contracts Office for licensing. She was a liaison with state agencies offering help to startups. Together with other program and center directors, she formed the Innovation Alliance to build a culture of innovation, entrepreneurship, commercialization and economic development. As a result, the Global Entrepreneurship Week became successful rapidly and entrepreneurship events were incorporated into Scholars Week.

Welcome to the Friedli Research Group website! The graphic below illustrates the major areas of research interest, including current and past projects.

Boron Cluster Based Molecules and Materials

Welcome to the Friedli Research Group website! The graphic below illustrates the major areas of research interest, including current and past projects.

Boron Cluster Based Molecules and Materials

Working with PI Kaszynski and visiting scholars from Poland on multi-disciplinary and international approach to materials chemistry we are  t synthesizing and characterizing liquid crystals (LCs) for display applications (LCD). Liquid crystalline materials are liquids or soft wax-like substances in which molecules exhibit some degree of ordering and organization; they uniquely combine fluidity of liquids and molecular ordering found in solid crystals. If molecules forming such materials are polar (have a permanent dipole moment), they can undergo realignment in an electric field resulting in switching of optical properties of the material. Such an electro-optical effect is at the heart of modern liquid crystal display industry, which demands improvements in resolution and speed of switching between screen images. This, in turn, motivates the search for new LC materials, such as those investigated in this project. Thus, a team comprised of the principal investigator (PI), co-PI, an international technical expert and undergraduate co-workers design, synthesize and fully characterize new polar liquid crystals derived from boron clusters. Among the main goals of the project is the development of extensive structure-property relationships in this class of materials, preparation of materials for practical applications, and training of undergraduate students for careers in materials chemistry.

Organosiloxane Films (1995-1998). In collaboration with scientists at Naval Research Laboratory in Washington, D. C. our group studied organosiloxane self-assembled films on silicon and glass surfaces. After synthesizing several homologous series of alky and aryl trichlorosilanes, we deposited films from solution and determined rates for photochemical cleavage of the films that depended upon alkyl chain length. The films were used as photoresists in photolithography for computer chip technology.

Optical Biosensor (2002-2011). Working with Drs. Robertson (Physics) and Wright (Biology) we developed a biosensor. Amine-  aldehyde- and epoxy- functionalized silanes are used to coat a patented multilayered surface that supports Bloch electromagnetic waves traveling along the film surface. This phenomenon allows detection of the amount of material at a surface without the use of fluorescent labels. We demonstrated binding of antibody to protein in a dry array. Successful application of a flow cell biosensor detected binding spores to antibodies and differentiation between vapor phase solvents.

3D Visualization for Learning in Organic Chemistry (2014-2017). In collaboration with Dr. Volkov (computational expert), Dr. Oslund (education research), and Dr. Martin (laboratory coordinator), we have been incorporating 3D visualization exercises into the organic chemistry classroom and laboratory. Through ConcepTests, exams, and qualitative measures, we hope to determine whether the interventions are beneficial to student learning.