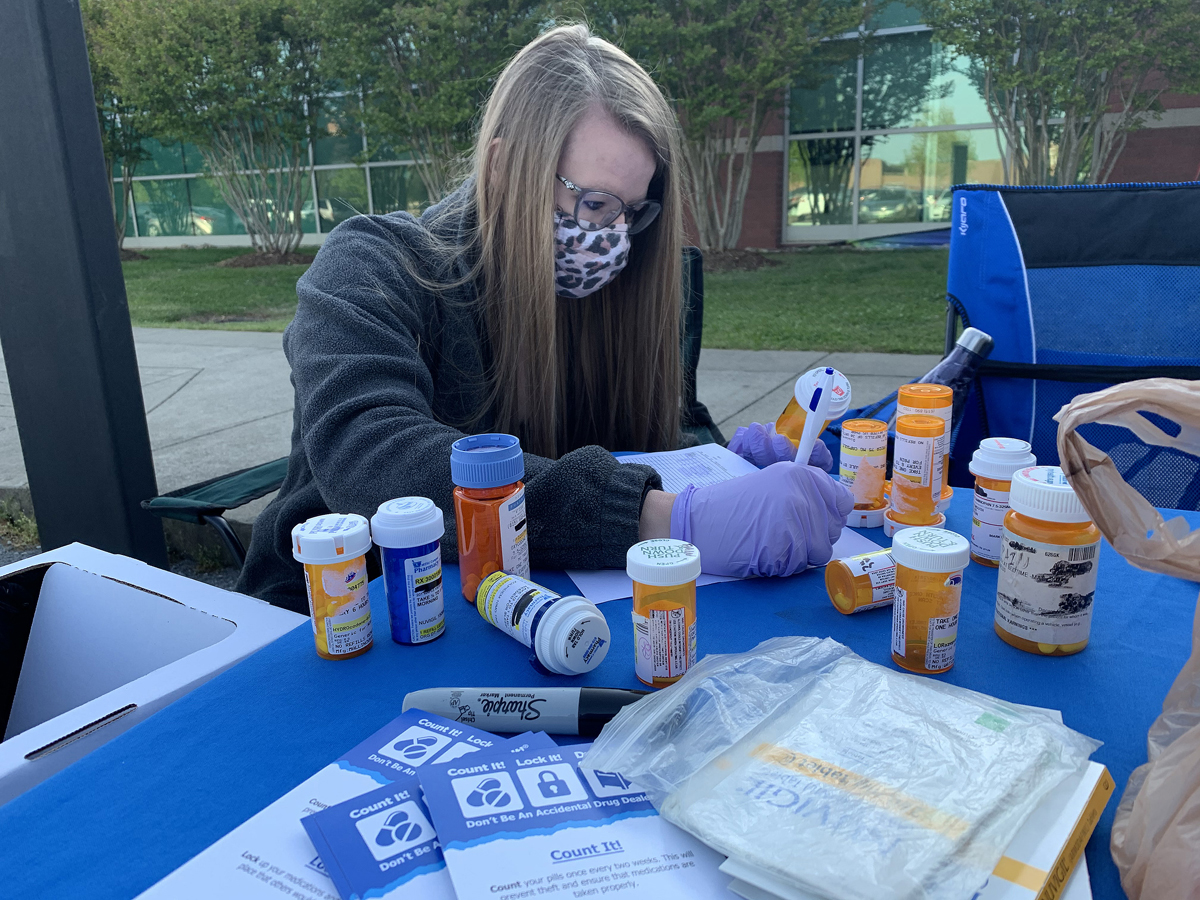 Jennifer Hyde of Murfreesboro delivered old and unwanted medication her mother, Joan Brown, wanted disposed of from her home.

Heather Ashby finally remembered it was time to toss her children’s ear drops, cough and cold items, old vitamins and more — dating to 2012-13.

Officials with the MTSU Campus Pharmacy collected nearly 72 pounds of unwanted drugs dropped off by the public and campus community.

“It was great,” Pharmacist Tabby Ragland said. “Everybody was appreciative, as always.” She added the collection might have been as little as one bottle or as much as a box or bag of items.

More than 29 pounds of prescription medications, 37.9 pounds of over-the-counter drugs and 4.7 pounds of controlled substances were taken in by the MTSU pharmacy and Campus Police during the event to coincide with National Prescription Drug Take-Back Days held every spring and fall. The 2020 MTSU spring event was canceled because of COVID-19.

Including the October 2020 collection, nearly 140 pounds was taken in during the fall and spring take-back days. Expired, unused, and unwanted prescription and over-the-counter medicines were accepted during the 5½ -hour MTSU collection drive.

Ragland said 70 containers of different controlled substances were dropped off this time.

Hyde, executive aide in the MTSU College of Education’s dean’s office, said she “had no idea” what items were in the plastic yellow bag. “Grandma cleaned out her medicine cabinet.”

Ashby, a Health Services nurse, said she “always forgets” to collect items and bring in for the take-back event. A week ago, I said to myself, ‘I’m doing this.’ These items have been in the cabinet. Time for them to go.”

Monsue noted an early-morning drop-off was Albuterol Sulfate solution — from 1993. Later, an old bottle of paregoric, a medicine containing opium used for coughing, had Ragland saying “there’s no telling how old it is.”

Sparkman graduated from MTSU in 2017 with a bachelor’s in general science. She graduates in two weeks from Lipscomb’s program.

The drug take-back event is part of the Drug Enforcement Agency’s overall efforts to remove excess drugs from communities where they could be abused or misused, diverted into the wrong hands or disposed of in environmentally unsafe ways.