Walker Library teams up with the Gospel Music Association, MTSU’s Center for Popular Music, and the School of Music to salute gospel music history

The Walker Library at MTSU put the nation’s rich history of expressing one’s faith in song on display with a Fall 2017 exhibit featuring Gospel Music Hall of Fame artists.

“Walker Library has a history of collaborating with the important archival collections to introduce students to treasures they may otherwise not see,” Dean Bonnie Allen

In this case, MTSU’s library, the Gospel Music Association, Center for Popular Music, and the School of Music came together to provide programming for the entire semester with the exhibit as the centerpiece. 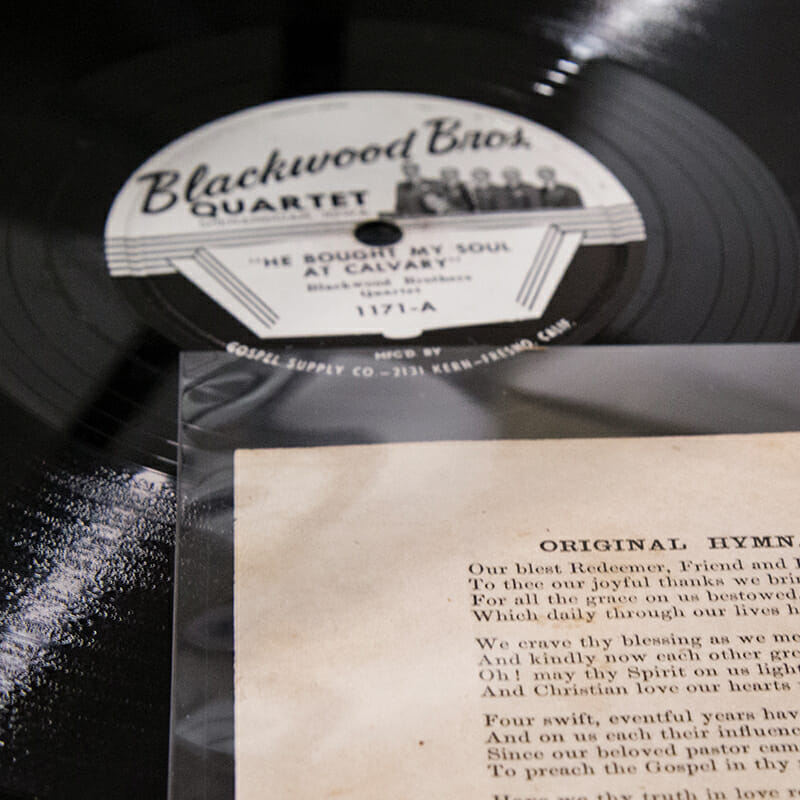 “I am very pleased with the collaborative effort … in bringing this wonderful exhibit to MTSU,” said Cedric Dent, Music professor and member of the GMA Foundation Board of Directors. Dent was inducted into the GMA Hall of Fame in 2014 as a member of the vocal group Take 6.

Gospel Music Hall of Fame inductees Mahalia Jackson, Bill Gaither, Andrae Crouch, and Rich Mullins were featured prominently on artistic tapestries. Each tapestry listed a quote from the artist expressing the depth of his or her feelings about raising one’s voice in song. Glass cases housed items ranging from an LP of hymns sung by Tennessee Ernie Ford to a copy of the Gospel Metal fan magazine.

“Our portion of the exhibit showcases the diversity of our collection in terms of the types of items you can find . . . from photographs to various sound recording formats, to posters and programs, all relating to one facet or another of gospel music,” said Olivia Beaudry, assistant archivist with the Center for Popular Music.

Other artifacts showcased included cassette tapes of the nationally-renowned Fisk University Jubilee Singers and gospel albums by music legends better known for their secular work, such as Johnny Cash and Elvis Presley.

The scope of the exhibit was comprehensive. It paid homage to traditional groups like the Blackwood Brothers and the Singing Spear Family, groups that are predominantly white and have appealed over the decades to a largely rural audience. 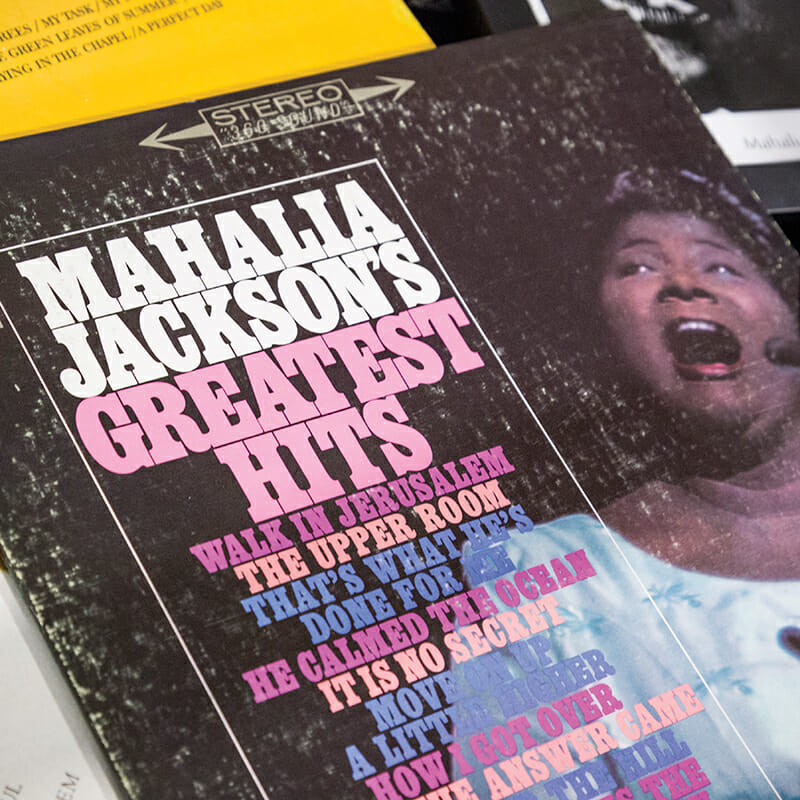 It also explored the deep musical well that is the African-American church experience and its ongoing connection to the quest for civil rights. In addition to Jackson, Sister Rosetta Tharpe and Clara Ward were represented, as were the gospel roots of artists like Aretha Franklin.

To augment the historic artifacts with a present-tense voice, the library hosted three musical performances. Christian rapper nobigdyl. kicked off the gospel celebration with a Sept. 26 performance on the Student Union commons.

The artist, who grew up in Bell Buckle as Dylan Phillips, graduated from MTSU in 2013. He began interning at Reflection Music Group (RMG) during his junior year in college. The internship morphed into the position of RMG’s merchandise manager and later road manager for recording artist Derek Minor.

As a part of the collective known as indie tribe, which includes Mogli, The Iceburg, and Jarry Mann, nobigdyl. strives to “combine melodic production with transparent lyrics and bring content to the forefront of hip-hop again,” according to his Facebook page. 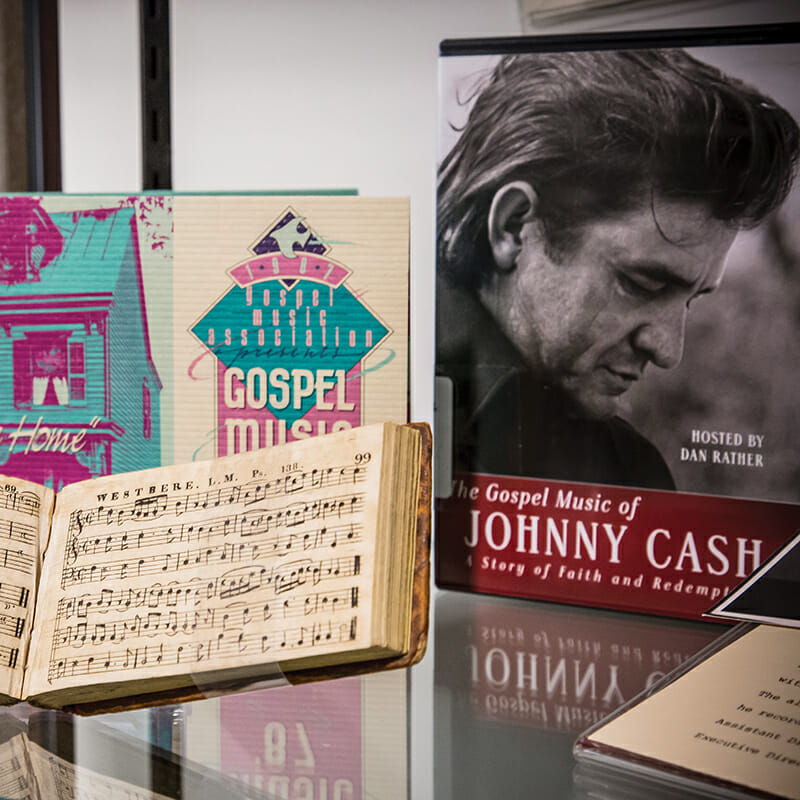 The MTSU Women’s Chorale under the direction of voice instructor Angela Tipps performed Oct. 10. Standing on the second floor overlooking the entrance, their performance reverberated throughout the atrium. The chorus sang “Praise His Holy Name,” “Courage My Soul,” and “Still I Rise.”

The Trinity Jazz Ensemble, an ecumenical group, performed with Cedric Dent under the direction of School of Music Director Michael Parkinson, a jazz trumpeter, Nov. 14.

Grover Baker, visual and performing arts librarian, was instrumental in scheduling the performances, showing it is possible to “make a joyful noise” without creating a disturbance in a library.

Click here to read this story and others from the latest edition of JEWL Magazine.