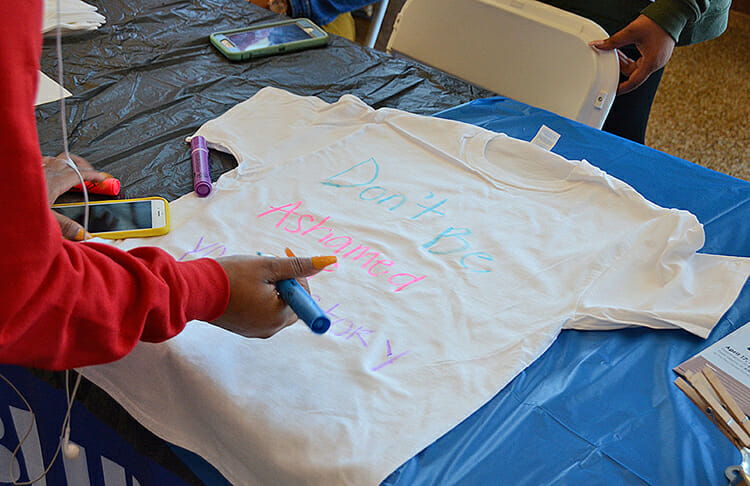 Messages of hope, healing and awareness will be on display as MTSU presents The Clothesline Project Monday, April 9, through Thursday, April 12, in observance of National Sexual Assault Awareness Month.

The annual visual display, set from 11 a.m. to 2 p.m. in the Student Union’s first-floor atrium, consists of T-shirts emblazoned with the words of a survivor or someone who cares about her. It is free and open to the public.

The Clothesline Project is sponsored by the June Anderson Center for Women and Nontraditional Students, the Center for Student Involvement and Leadership, Ladies for a Change, Alpha Phi Alpha Fraternity and Collegiate 100 Interns.