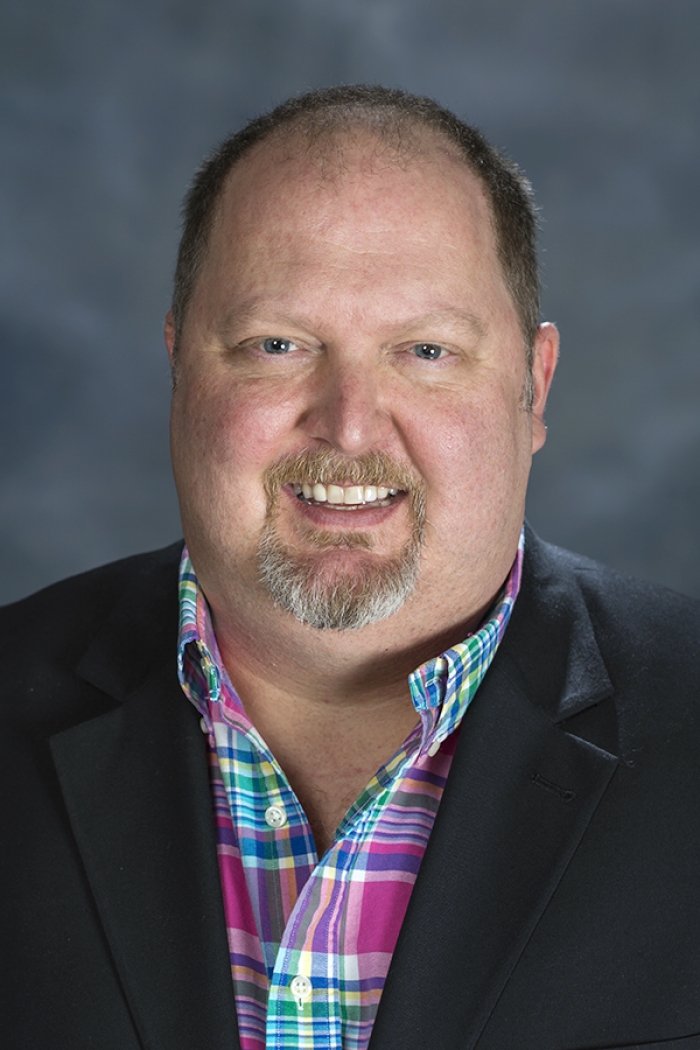 Odie Blackmon, a Grammy-nominated songwriter with more than 31 million units in combined sales, is the creative force behind MTSU’s Commercial Songwriting program.

His success on Music Row has been lauded in publications ranging from The New York Times to American Songwriter, which described him as “not only a great song craftsman and hit writer, but also an accurate, understandable communicator of the songwriting process and its flow.”

Odie Blackmon, a Grammy-nominated songwriter with more than 31 million units in combined sales, is the creative force behind MTSU’s Commercial Songwriting program.

His success on Music Row has been lauded in publications ranging from The New York Times to American Songwriter, which described him as “not only a great song craftsman and hit writer, but also an accurate, understandable communicator of the songwriting process and its flow.”

While Blackmon maintains his presence in Nashville as a writer, producer, and publisher, his innovative approach as a teacher of songwriting is helping to launch a new generation of songwriters and musicians.

Blackmon’s popular music studies, including his own archival and interview research, are incorporated into his MTSU course on “The Life and Times of George Jones,” as well as the Soul of a Songwriter oral histories collection he is recording for the Center for Popular Music in collaboration with the Nashville Songwriters Hall of Fame.

He is the author of a textbook, Music Theory and the Nashville Number System: For Songwriters & Performers, and an instructional DVD titled The Craft of Writing Hit Songs, which carries his songwriting knowledge to an international audience.

After earning his degree in Recording Industry Management at MTSU, Blackmon went on to become one of Nashville’s most successful tunesmiths, with a catalog that includes Lee Ann Womack’s “I May Hate Myself in the Morning,” which earned a Grammy nomination and an ACM nomination and was named the CMA’s 2005 Single of the Year; “She’ll Leave You With a Smile,” Hall of Famer George Strait’s 50th No. 1 hit; and the chart-topping Gary Allan smash “Nothing On But the Radio.” He also has cuts by Martina McBride, John Legend, Del McCoury, Tracy Lawrence, Aaron Tippin, Striking Matches, and many others.

His songs “Tough All Over” and “Right Where You Want Me” were featured on the ABC-TV series Nashville, and “I Believe” appeared in the Mel Gibson film We Were Soldiers. Blackmon also wrote the theme song for the CMT series Working Class.

He was awarded a Grammy certificate for his work on Jim Lauderdale’s Grammy-winning album The Bluegrass Diaries; his song “This Is the Last Time (I’m Ever Gonna Hurt)” was the album’s lead single.

Blackmon has production credits on Gary Allan’s gold album Alright Guy, Jim Lauderdale’s Country Super Hits, and Jason McCoy’s Honky Tonk Sonatas, as well as singles for TV’s “Nashville Star.” His copyrights as a music publisher appear on gold and platinum albums and include a No. 1 hit.

He also has been a talent consultant for America’s Got Talent and American Idol.

Blackmon worked with inner city schoolchildren in St. Louis, where he served as “artist in residence” for the America Scores program. He also served three years on the songwriting faculty of Vanderbilt Kennedy Center’s Williams Syndrome Camp and has served as a mentor for ASCAP Nashville’s Young Writers Workshop and for workshops and seminars around the country.

In 2014, Blackmon was chosen by MTSU to spearhead the Commercial Songwriting program. He has created the curriculum and brought in renowned people from the music industry to teach production; songwriting for film, television, and gaming; guitar and piano for songwriters; and other topics. He has raised more than $60,000 in funding for the songwriting program’s growth.

Blackmon’s success has garnered the attention of his MTSU colleagues. He was honored in 2021 with the Outstanding Teaching Award. Previously, he has received the True Blue Citation of Distinction for Achievement in Education from the MTSU Alumni Association (2020), the Distinguished Creative Activity Award from the MTSU Foundation (2017),  and the Outstanding Faculty Award from MTSU’s Experiential Learning Scholars Program (2016). He also received the Experiential Education Rising Leader Award from the National Society of Experiential Education in 2018.

Beverly Keel, dean of MTSU’s College of Media and Entertainment, says, “Odie Blackmon has ushered in an exciting new chapter of our songwriting concentration, and I am thrilled with everything that is happening. We are adding classes, bringing new faculty members to campus, and inviting talented songwriters from many genres to speak to our students.”

Blackmon is an alumnus of Leadership Music and has served as vice chair and as a member of the advisory council for MTSU’s Center for Popular Music.

He also is a voting member of the National Academy of Recording Arts and Sciences, a professional member of Nashville Songwriters Association International, and a pro member of ASCAP. Blackmon also has served on the Library of Congress/U.S. Copyright Office’s Mechanical Licensing Collective and was a board member for the Association for Popular Music Education and the Music and Entertainment Industry Educators Association.

“I have dedicated my life to unraveling the mystery behind mixing creativity with commerce, and I still get that magic feeling when I hear music that moves me,” Blackmon says. “Teaching is just an extension of it, one that brings me more joy than if I didn’t share my knowledge.”