Three American presidents, Andrew Jackson, James K. Polk, and Andrew Johnson became president while living in the Volunteer State. All three of these men were honored—or attacked—in contemporary political songs. The Center for Popular Music holds a number of examples of contemporary songsters or sheet music related to campaign songs that were used by presidential candidates from Tennessee.

Note: Clicking on each image below will take you to the catalog record for the item in the collections of the Center for Popular Music.

Tennessee’s first resident of the White House was Andrew Jackson. Jackson used the popular approach of employing a catchy song as the theme for his campaign for president in 1824. His choice, "Hunters of Kentucky," was a ballad that recounted his military success over the British in the Battle of New Orleans. The popular British song "The Unfortunate Miss Bailey" provided the melody for 'Hunters of Kentucky." This example of "Miss Bailey" is from circa 1804. 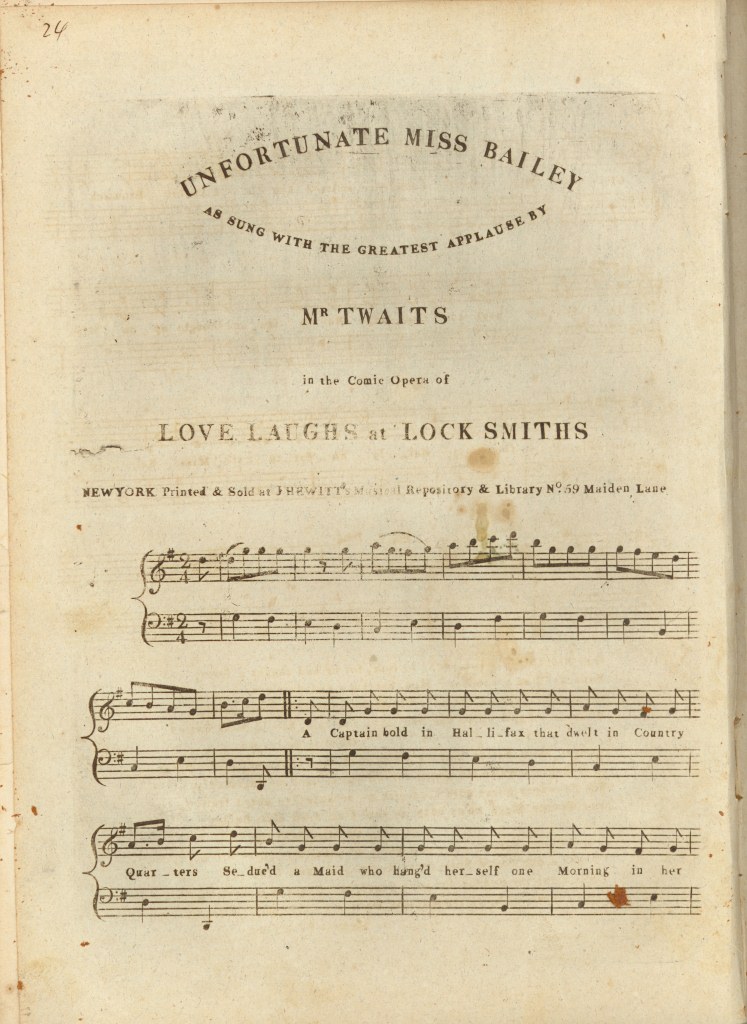 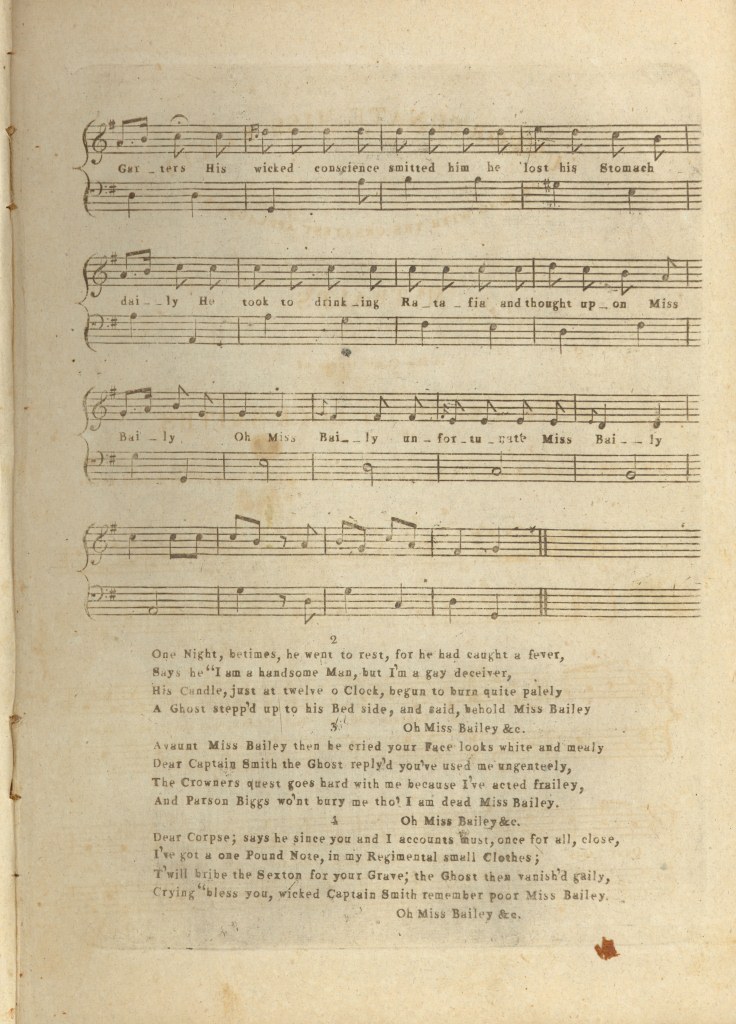 Supporters of Whig candidate Henry Clay published a number of songsters during the presidential election of 1844 that attacked the Democratic candidate, James K. Polk of Tennessee. The National Clay Minstrel and Frelinghuysen Melodist (ca. 1844) featured songs such as the “Whig Quodlibet” that claimed Polk would “end in smoke.” 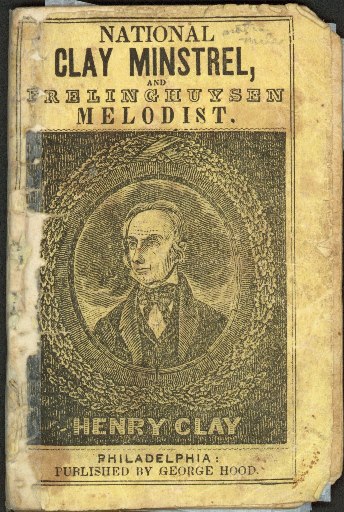 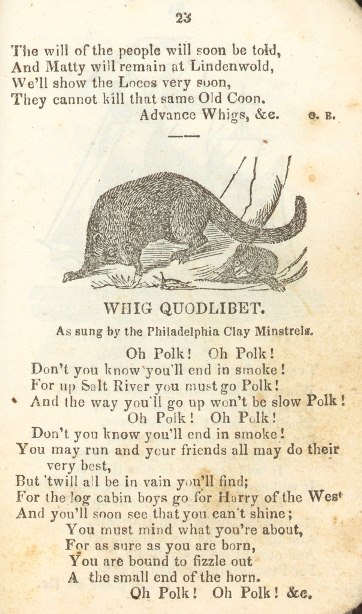 The National Clay Club published the Whig Songs songster (ca. 1844) with a number of anti-Polk songs such as “The First Polk Song” (sung to the tune of "Old Dan Tucker"). 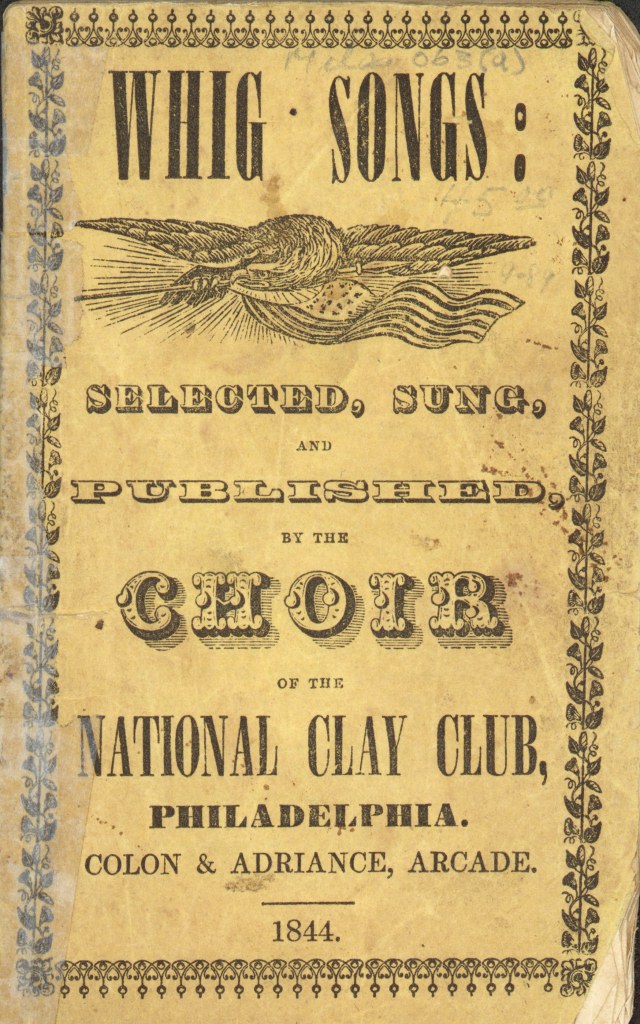 Not to be outdone, supporters of James Polk and his running mate George Dallas released their own songster for the 1844 election. The Polk and Dallas Songster featured songs such as “The Coon Exterminator” that attacked Henry Clay who was known as the “Old Coon.” 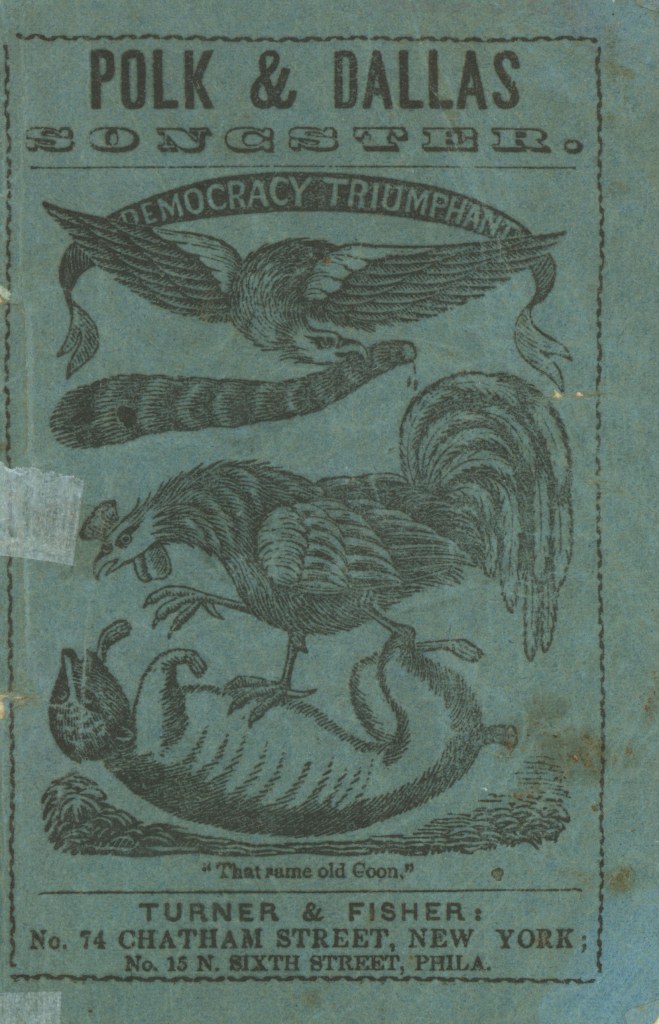 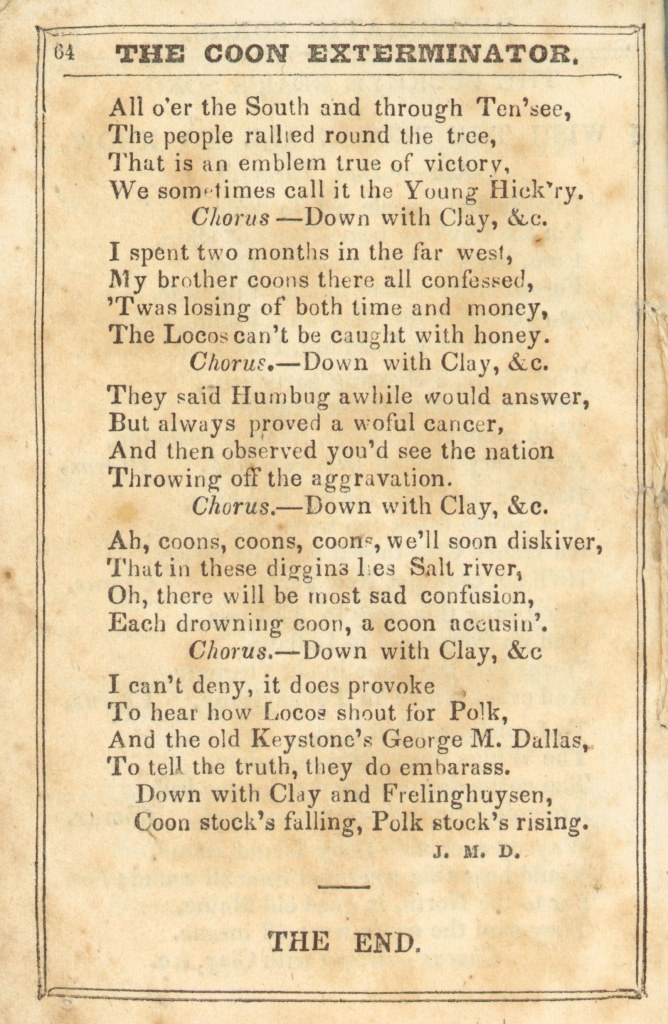 Andrew Johnson, the “courageous commoner,” became president after the assassination of Abraham Lincoln in 1865. Johnson is well known for being the first president to be impeached. While he ended up not being convicted when the Senate tried his case, the Republican Party did not nominate him as its candidate for the presidential election. Despite the fact that he did not run for president, there were a number of anti-Johnson songs that were in circulation at the time. One of those songs was “Just Before Election, Andy” sung to the tune of “Just Before the Battle, Mother.”   A sample verse:

Just before election, Andy
We are thinking most of you;
While we get our ballots handy
Just be sure they're not for you;
No, dear Andy, you'll not get them,
But you will get what you deserve;
Yes, you'll get your leave of absence
As you swing around the curve.

A Brief History of Political Songs

A Brief Definition and History
of Political Jingles