Learning from Diversity: A Forum of Business Leaders and Scholars 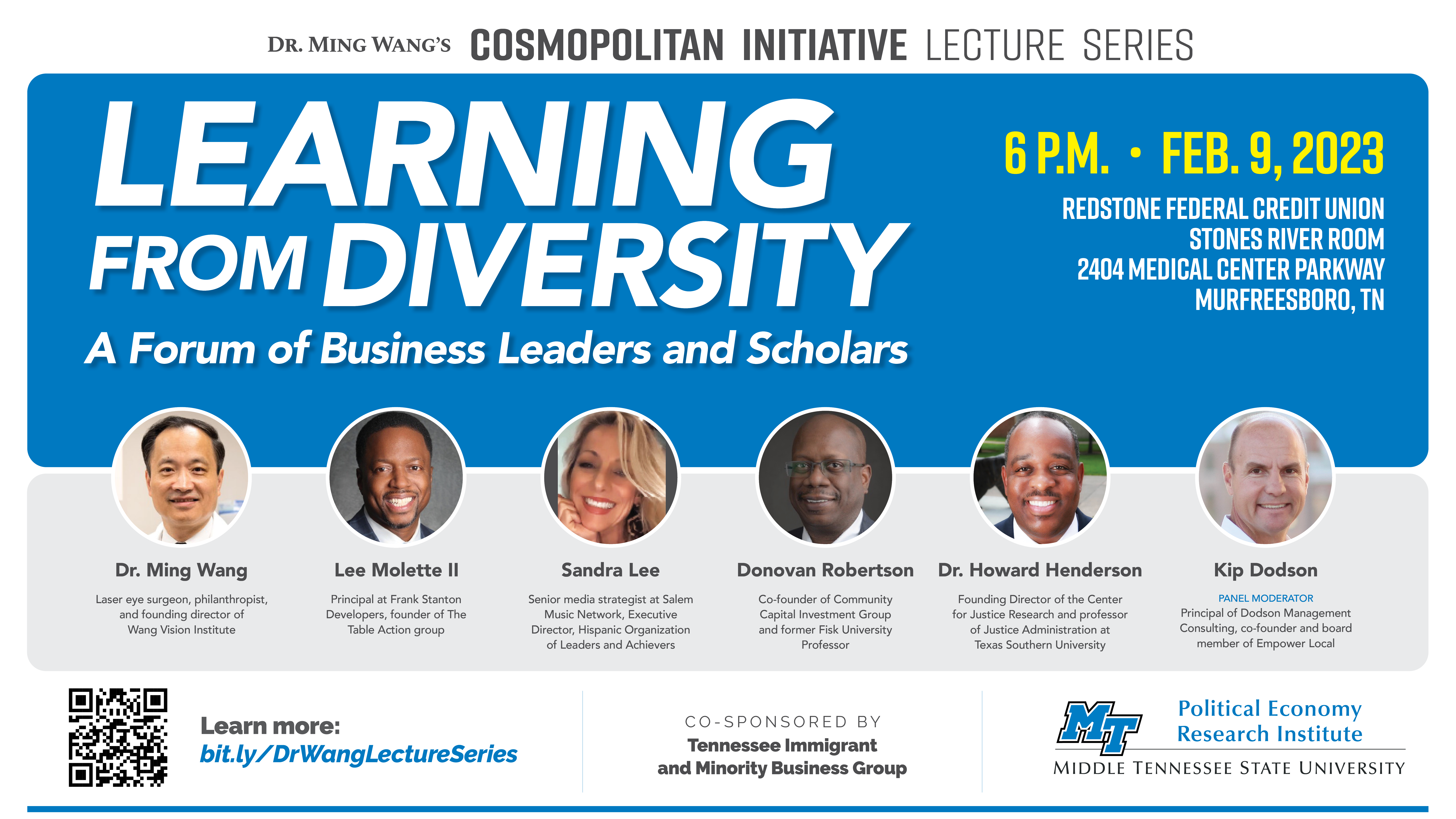 About the Event: Dr. Ming Wang's Cosmopolitan Initiative Lecture, presented in partnership with the MTSU African American History Month Committee, features a panel discussion between five business leaders and scholars speaking on ways to actively fight against racial prejudice and discrimination. While sharing their personal experiences with racism, each panelist explores actionable ways to reach a common ground. Learn more about the speakers below. 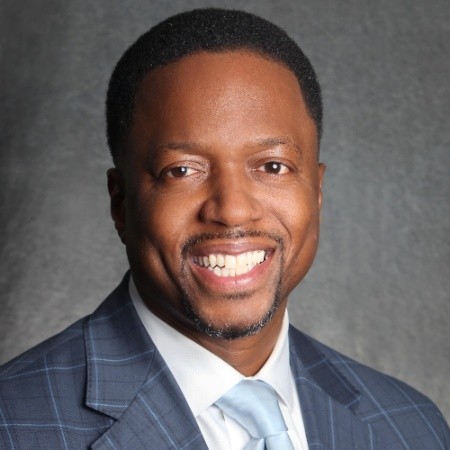 LEE MOLETTE II is a native of Detroit, Michigan, and graduate of North Carolina Central University. As a serial entrepreneur, he started his career as Nashville’s first Edward Jones Investments office. Then he began various business partnerships, including Frank Stanton Developer’s LLC in 2015. He created The Table Action LLC in 2020, which strives to bring people together to help increase the level of prosperity for People of Color in Middle Tennessee. He also founded the Molette Family Impact Advised Fund to strengthen and improve the quality of life for individuals. He is chairperson of Rotary Club of Nashville, board chair for the Ravenwood High School Football Booster Club (Red Zone), and a lifetime member of Omega Psi Phi Fraternity, Inc. 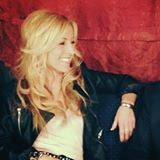 SANDRA LEE is a veteran in radio, television, and digital media. She currently works as a Senior Media Strategist and Director of Artist Label Relations with Salem Media Group - local provider of Contemporary Christian Music Station 94FM The FISH and CCM Magazine. She serves as Executive Director of the Hispanic Organization of Leaders & Achievers (HOLA) and works closely with other nonprofit organizations including Men of Valor, Prison Fellowship, The Nashville Rescue Mission, Mercy Community Healthcare, Mom’s for TN., and others. 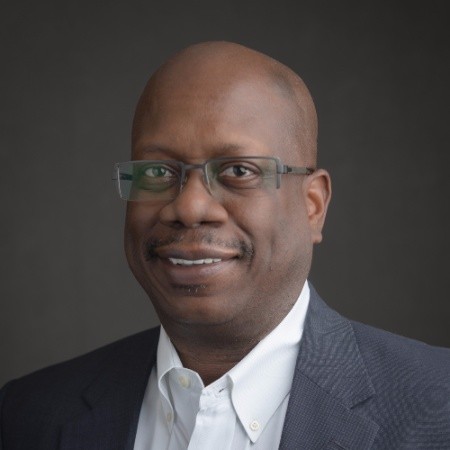 DONOVAN ROBERTSON, a native of Kingston, Jamaica, has an MBA from the University of Illinois – Chicago, and BA in economics at Columbia University. He started his career with All-State Insurance and later become a professor at Fisk University. He founded the Read2Me Organization a collaborative partnership between community stakeholders designed to improve literacy rates of students reading below grade level. 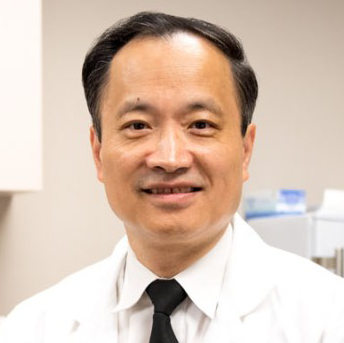 DR. MING WANG is a world-renowned laser eye surgeon, philanthropist, founder of the Wang Vision Institute, and a co-founder of the non-profit Common Ground Network. As a teenager, Ming fought valiantly to escape China’s Cultural Revolution – during which millions of innocent youth were deported to remote areas to face a life sentence of hard labor and poverty. He came to America with only $50 and earned two doctorate degrees, a Ph.D. in laser physics and a M.D. in medicine, and graduated with the highest honors from Harvard Medical School and MIT. Wang Foundation for Sight Restoration has helped patients from over 40 states in the U.S. and 55 countries, with all sight restoration surgeries performed free-of-charge. The film “Sight” is based on Dr. Wang’s autobiography “From Darkness to Sight” and co-stars Greg Kinnear. 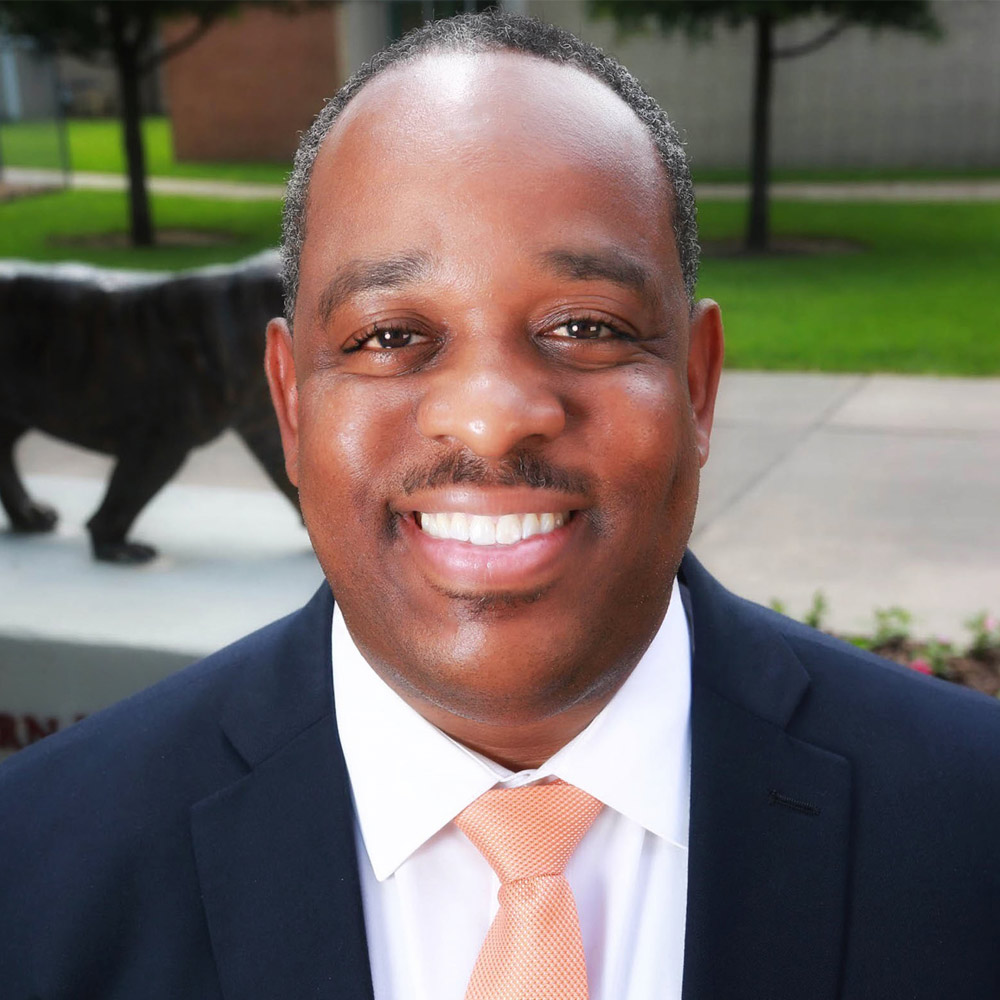 HOWARD HENDERSON, Ph.D., is the Founding Director of the Center for Justice Research and professor of justice administration at Texas Southern University. He also serves as the chair of the MacArthur Foundation-funded Houston Racial/Ethnic Disparities Committee Data Workgroup who have been charged with identifying, addressing, and improving racial and ethnic disparities across the criminal justice system, and to enhance communication and engage the community. Dr. Henderson received his B.S. in criminal justice administration from Middle Tennessee State University, masters of criminal justice from Tennessee State University, and PhD in Criminal Justice from Sam Houston State University in 2006. 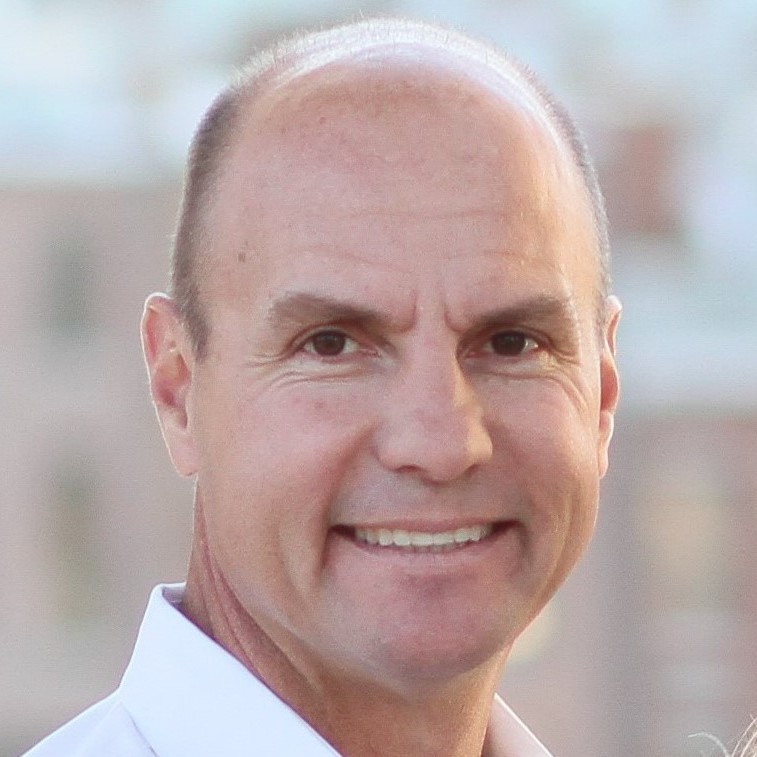 About Dr. Ming Wang's Cosmopolitan Lecture Series: The purpose of this series is to promote civil dialogue on the economic, philosophical, and political benefits of an interconnected, tolerant, and cosmopolitan world. The series features academic scholars exploring the role of global trade, immigration, and de-escalation in establishing a more peaceful and prosperous future for all of humanity. Previous PERI lectures presented with support from Dr. Ming Wang's lecture series include, "Exploring Open Borders: The Science and Ethics of Immigration," with Professor Bryan Caplan; "The State of the Liberal Project: The Struggle for a Better World," with Professor Peter Boettke; "Seeking Common Ground in U.S. and China Trade," with Dr. Ming Wang; and "Debating Democracy: Do We Need More or Less?" with Professor Jason Brennan. 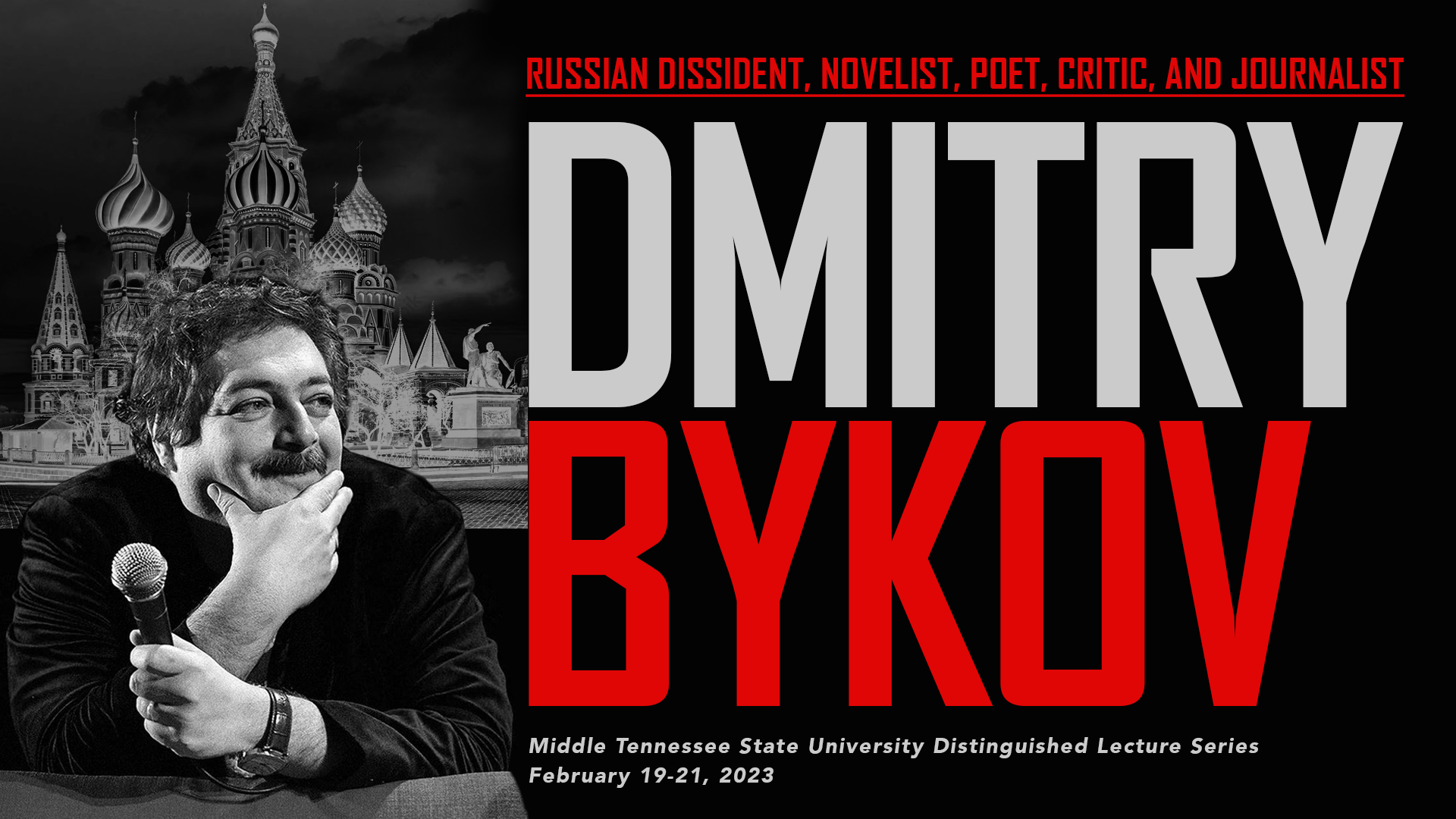 The PERI is co-sponsoring the MTSU Distriguished Lecture Series with Russian dissident Dmitry Bykov, one of the leading figures of the Russian opposition. Bykov is a writer, poet, author of satirical poems about Vladimir Putin, and literary critic famous for his lectures on various aspects of the Russian and world literature.

Bykov, currently in exile in the US with a visiting position at Cornell, has authored more than 80 books, including novels, poetry, biographies, and literary criticism. He is a three-time winner of the Bolshaya Kniga (Big Book) award, one of Russia’s most prestigious literary prizes. A popular lecturer and public speaker, he has also served as the host of numerous television and radio programs.

More details to be announced on Bykov's lecture topics. This series is presented by the MTSU Political Science and International Relations Department. 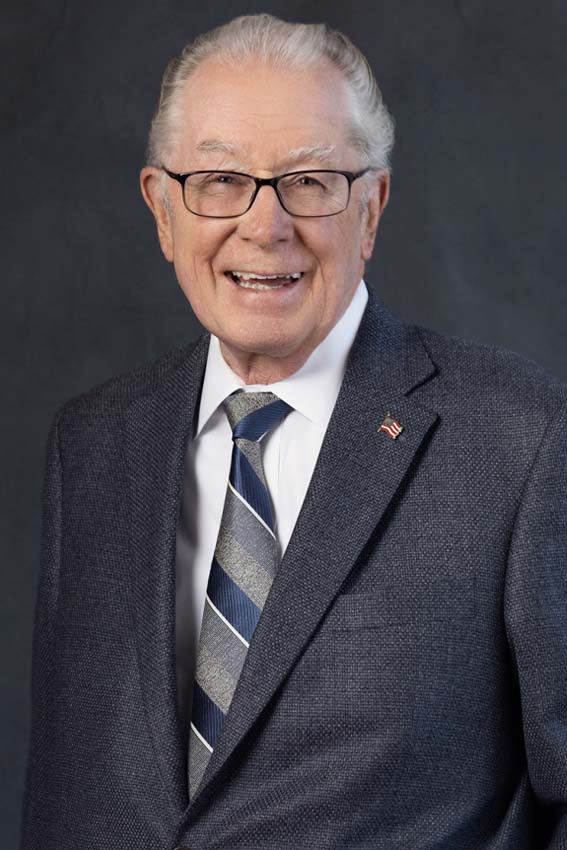 The PERI is co-sponsoring the keynote address during the Tom & Martha Boyd Ethical Leadership Week at the Jones College of Business. Keynote speaker Joe Scarlett is the retired chairman of Tractor Supply Company and founder of the Scarlett Family Foundation, which provides scholarships and educational support to Middle Tennessee students.

The Jones College of Business at MTSU has a commitment to enhance students' ethical decision making. As part of this commitment, Carolyn Tumbleson, the Tolbert Faculty Fellow in Business Ethics is presenting Ethical Leadership Week events, made possible by a generous contribution from Martha and Tom Boyd. Ethical Leadership Week brings local alumni and leaders into the classroom to share their experiences and advice on how to uphold ethical principles in the workplace. 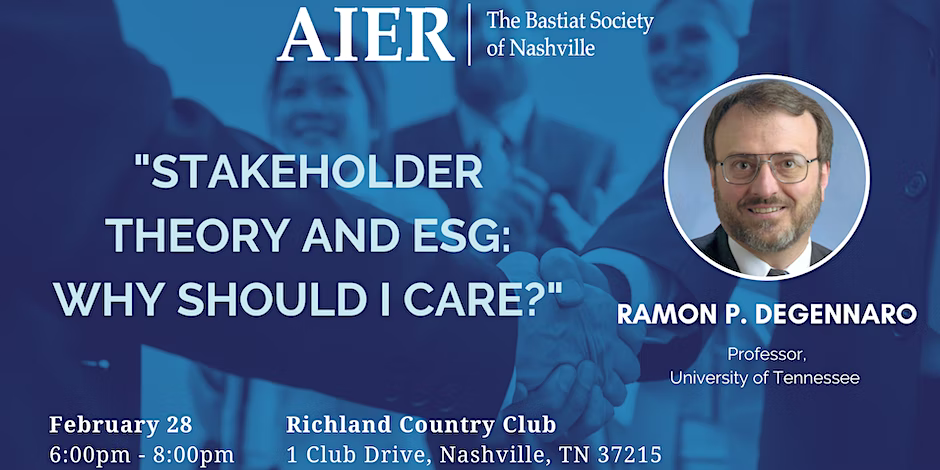 AIER Bastiat Society: “Stakeholder Theory and ESG: Why Should I Care?” with Ramon P. DeGennaro, Ph.D.

AIER’s Bastiat Society program in Nashville will host an in-person event Ramon DeGennaro, Haslam College of Business Professor in Banking and Finance (emeritus) at the University of Tennessee.

About the Event: Some people want to use business and investing for social change. Is that possible? If so, then what’s the best way to do that? Let’s look at the theory and existing research to see what options are available, then consider the costs and benefits of each. What are the potential implications for the longstanding notion of shareholder primacy, economic growth, and prosperity?

About the Speaker: Ramon P. DeGennaro is the Haslam College of Business Professor in Banking and Finance (emeritus) at the University of Tennessee. He previously served as a Visiting Scholar at the Federal Reserve Banks of Cleveland and Atlanta. Professor DeGennaro has published more than 45 refereed articles on financial market volatility, small firm finance, the term structure of interest rates, financial institutions, prediction markets, and investments. His other publications include research reports, book chapters, book reviews and several Federal Reserve publications.