*Click on the events in blue for more details 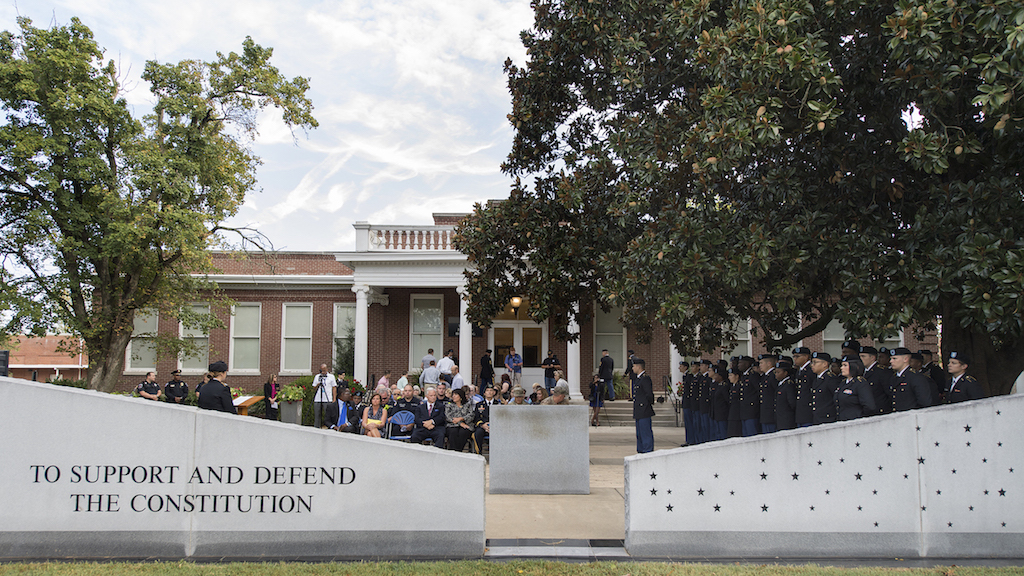 Salute to Veterans and Armed Services

Each year, the Daniels Center, in conjunction with MTSU Football, hosts the Salute to Veterans and Armed Services as a way to pay tribute to U.S. veterans and current active-duty personnel. The day consists of the veterans memorial service, picnic, Vets Village, the Dr. Joe Nunley Award, and the Halftime Salute Parade. The most recent Salute to Veterans and Armed Services, held on November 5th, marked 35th years of tradition. For the event's 35th year anniversary, Gulf War veterans were honored at the Veterans Memorial Service, lifelong friends Bob Lamb and Bud Morris (pictured below) were the co-recipients of the Dr. Joe Nunley Award, and veterans from every branch of the military marched across Horace Jones Field in the Halftime Salute Parade. 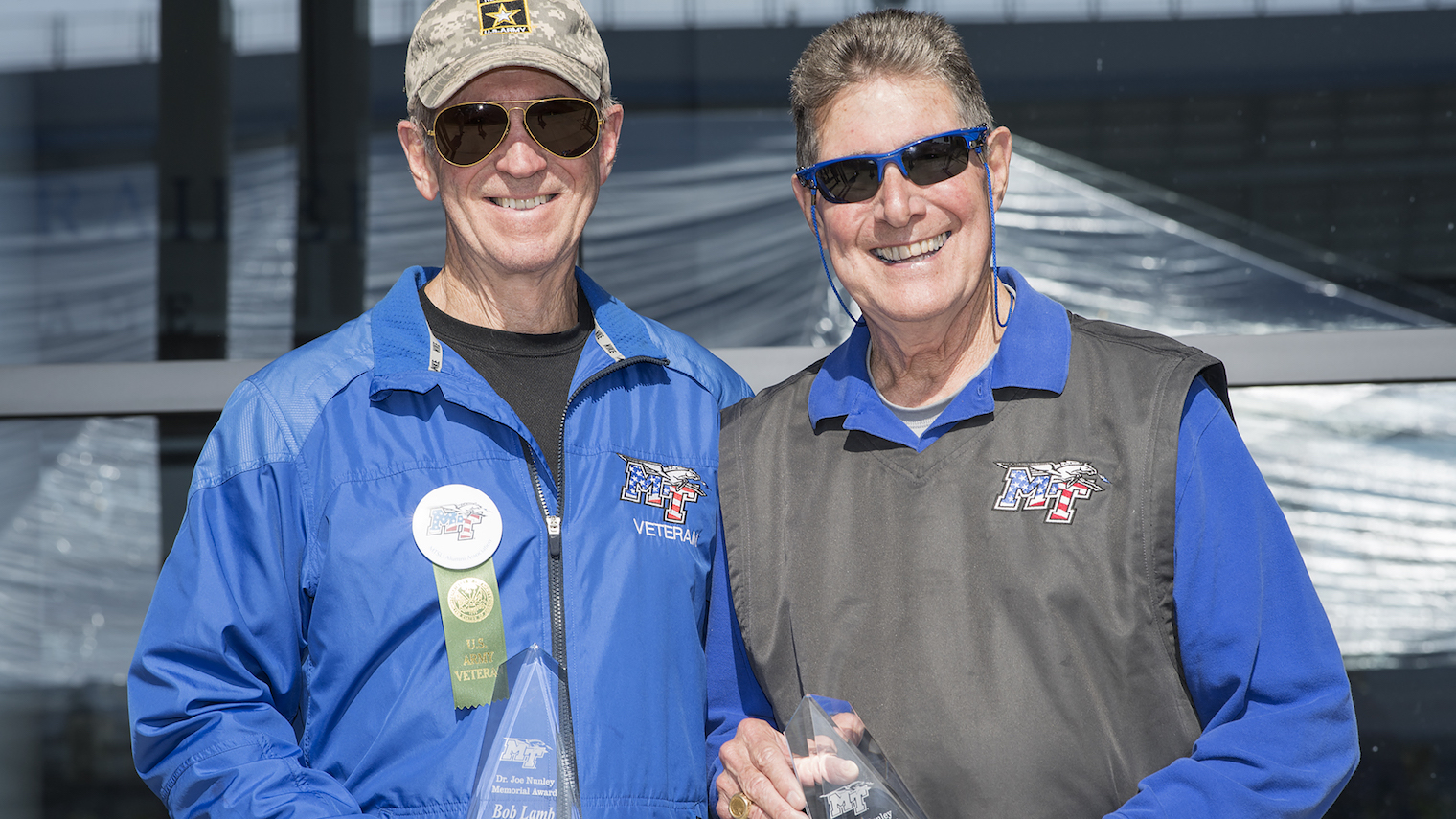 MTSU began to honor its graduating veterans with a formal Stole Ceremony starting with the first ceremony in May 2015. The student-veterans receive red stoles to wear during the university’s commencement ceremonies. “The Stole Ceremony demonstrates a clear commitment to recognize and appreciate the selfless service and sacrifice of our veterans and their precious families,” said Huber. “This stole ceremony will become a tradition symbolizing academic achievement and service.” 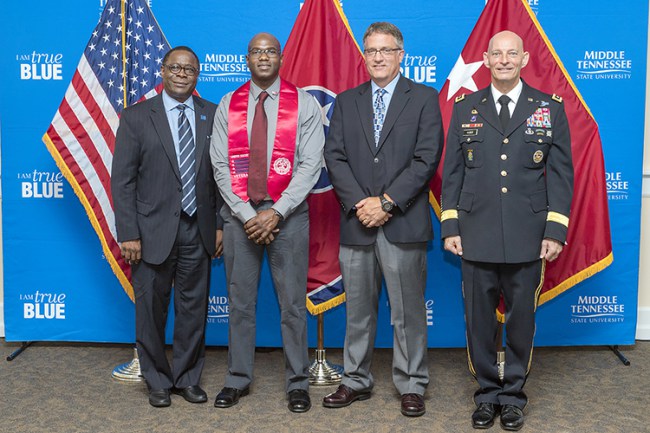