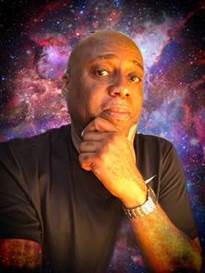 Recording Industry Professor Mike Alleyne is the author of numerous books on popular music and recording artists, including The Essential Hendrix (2020) and The Encyclopedia of Reggae (2012).

Born in London, England, to parents from the Caribbean nation of Barbados, he has lectured and presented conference papers internationally (e.g. Denmark, Finland, Sweden, U.K., Brazil, Colombia, Cuba, Jamaica and South Africa) and serves as a visiting professor at the Pop Akademie in Germany.

His book chapter contributions appear in Rihanna: Barbados World-Gurl in Global Popular Culture (2015), Sound and Music in Film and Visual Media: An Overview (2009), Globalization, Diaspora & Caribbean Popular Culture (2005), Bob Marley: The Man & His Music (2003), and Culture and Mass Communication in the Caribbean (2001). Dr. Alleyne contributed track notes to the groundbreaking 9-CD box set, the Smithsonian Anthology of Hip-Hop and Rap (2020).

In 2017, he was the co-organizer of the first popular music conference entirely dedicated to the life and career of the artist Prince, and the successful event took place at the University of Salford in Manchester, England. He was invited to teach a Masterclass at that institution in 2018 on copyright infringement issues in popular music. He spoke to Beverly Keel about Bob Marley, Jimi Hendrix, authenticity and his five deserted-island album picks.