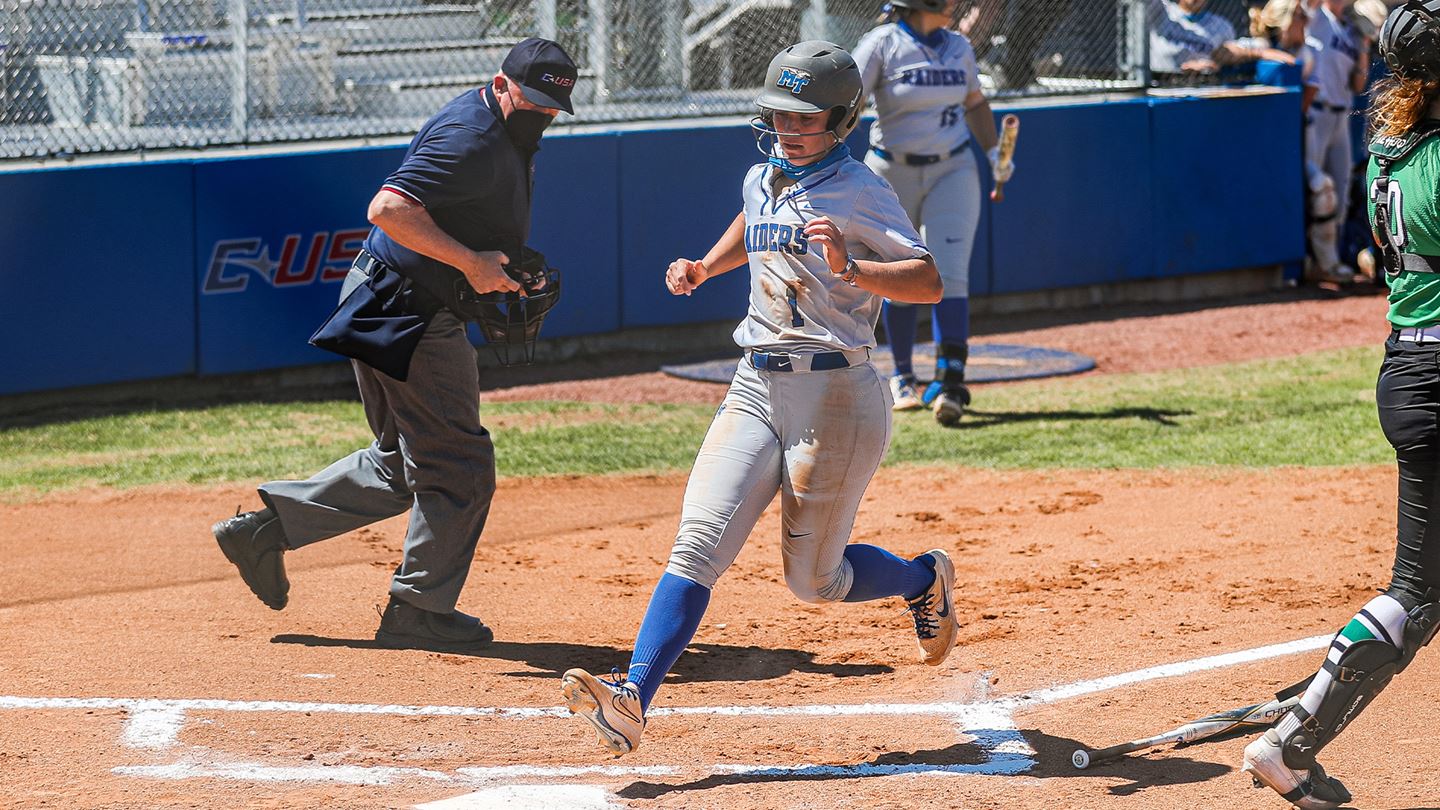 After being named to the All-C-USA Preseason Team, Burgess turned in a great season on the diamond and was honored with First Team All-Conference honors at the end of the regular season. Additionally, for her work in the classroom — currently sporting a 4.0 GPA in the Public Health master's program — she was named to the C-USA All-Academic Team.

Due to her stellar career and outstanding 2021 season on the field, in the classroom and in the community, Burgess was named Middle Tennessee's Female True Blue President's Award winner during last week's Raiders' Choice Awards.

C-USA's Spirit of Service Award is given to one student athlete from all 14 member schools and is presented three times throughout the year. The honor recognizes student athletes with significant community service endeavors, good academic standing and participation in their sport.

Tuesday's awards were given to student athletes who competed during the spring 2021 semester. Burgess is one of five softball players throughout the league to earn this spring's C-USA honor.