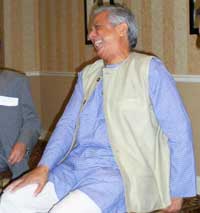 Muhammad Yunus shared the 2006 Noble Peace Prize with the Grameen Bank, which Dr. Yunus founded in 1983. As a practitioner and proponent of microfinance, Dr. Yunus has become the worldwide advocate of making capitalism the mechanism for attacking poverty in the world.

Born in June 1940 in the city Chittigong, now Bangladesh, Dr. Yunus studied economics at Dhaka University where he received bachelor's and master's degrees. In the mid 1960s he entered the Ph.D. program at Vanderbilt University, Nashville. While still a graduate student, he began teaching economics at Middle Tennessee State University and continued to do so after completing his degree in 1970. Dr. Yunus served as Assistant Professor of Economics in the MTSU Department of Economics and Finance from 1969 to 1972. At that point he returned to Bangladesh to teach at Chittigong University and began making his own personal loans to poor women in the village of Jobra, Bangladesh, during a famine in 1974.

The Grameen Bank Project was begun in 1976 and the Grameen Bank was officially formed in 1983. Ownership of the bank is in the form of a mutual savings bank, 95 percent of which is held by its members, with the government of Bangladesh holding 5 percent. The bank finances 100 percent of its loans from member deposits and receives no donor money or loans. Since its founding the bank has originated over $7 billion U.S. with a 98 percent recovery rate. 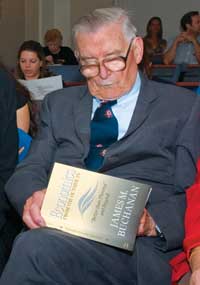 The 1986 winner of the Nobel Prize in Economic Science was born October 3, 1919, at the Buchanan farm in the Gum Community south of Murfreesboro, Tennessee. He grew up in Rutherford County, attended local public schools, and in 1940 graduated from Middle Tennessee State University, then known as State Teachers College, Murfreesboro, with majors in English, Mathematics, and Social Science. He went on to earn a Masters' degree in Economics from the University of Tennessee and, following distinguished service in the United State Navy during World War II, a Ph.D. degree in Economics from the University of Chicago. He pursued an academic career serving on the faculty of six universities. Over his 60-year career, Dr. Buchanan was a prolific scholar and author of 39 books. He was awarded the Nobel Prize in Economic Science for his original contribution in the theory of public decision-making, known as Public Choice. In the words of the Nobel Committee,

Buchanan's contribution is that he has transferred the concept of gain derived from mutual exchange between individuals to the realm of political decision-making. The political process thus becomes a means of cooperation aimed at achieving reciprocal advantages. But the result of this process depends on "rules of the game," i.e., the constitution in a broad sense. This in turn emphasizes the vital importance of the formulation of constitutional rules and the possibility of constitutional reforms.

Dr. Buchanan's family maintains a close relationship with MTSU and supports the university and its students in many ways. The Buchanans have sponsored fellowships for a group of exemplary students in the MTSU University Honors College through the Buchanan Fellows program. They have also funded the establishment of the Buchanan Family Reading Room in the James E. Walker University Library. 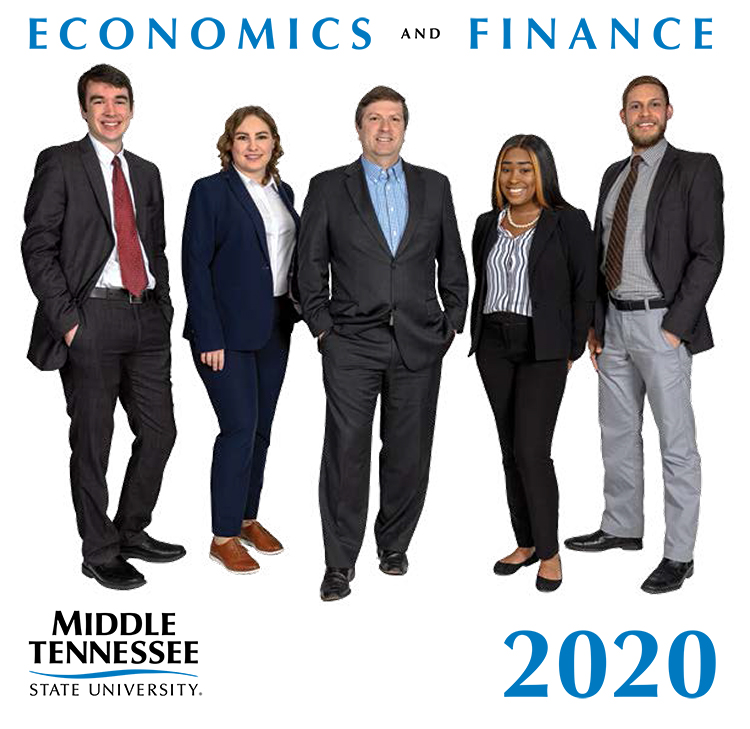