By submitting this form I agree to MTSU's Terms
Submit

Imagine knowing how to find the answer for just about any question. How about knowing how to help others find solutions to their information problems? In an age of information overflow, librarians know how to pick out the information that is relevant, authentic, and accurate. They use technology, but have a deep understanding of book culture. The M.L.S. program at MTSU consists of 36 credits, with all courses online except for two field experiences to help produce practice-ready librarians. Each course is tailored to individual student interest, and students are allowed to propose alternative electives in other disciplines. The themes of building a learning environment, leadership, technology, and user-based mindset are reflected in every aspect of MTSU’s program. 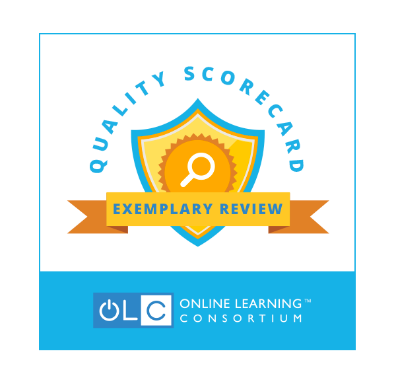 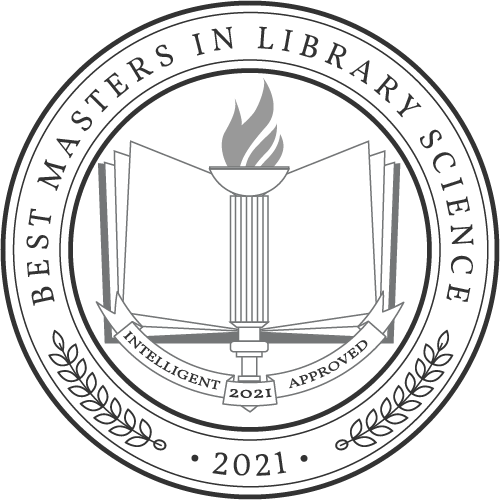 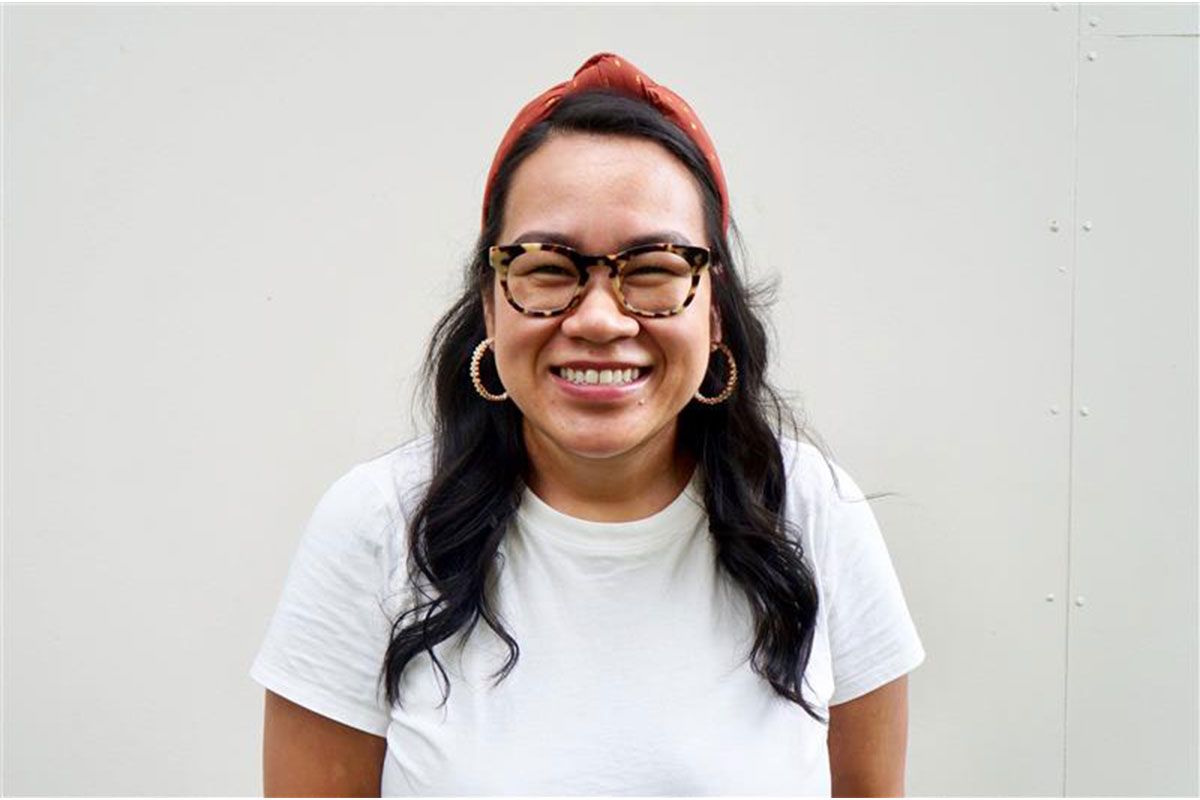 MLS student focusing on diversity, inclusion in classroom with scholarship

Thipphavanh Souksanh, who is set to graduate from the Masters of Library Science program next spring, was awarded the Diversity in School Librarianship Scholarship sponsored by the Tennessee Association for School Libraries (TASL). The award recognizes the need for school librarians who reflect the diversity of Tennessee's students, schools, and communities, and it rewards the scholarship to students from historically underrepresented racial/ethnic groups pursuing a graduate degree in library/information science, according to TASL's website.

Souksanh, who goes by Tip, was born in a refugee camp in Thailand in the late 80s. Her family escaped Laos years earlier along with almost one-tenth of Laos' three million citizens who fled after the country fell to communist forces. Souksanh said her grandfather went to Thailand first before he brought over his family which included Tip’s mother and three uncles.

Souksanh said one of the core values of librarianship is equity, diversity and inclusion. She says that doesn’t just mean making programs and books available to all people, but also having different things reflected in the materials that are actually on the shelves.

“I try to find books that represent what I look like, what my students look like, and the disabilities I have in my classroom,” she said. “So, when people know and learn more about it, they have more of an openness to have conversation with people." 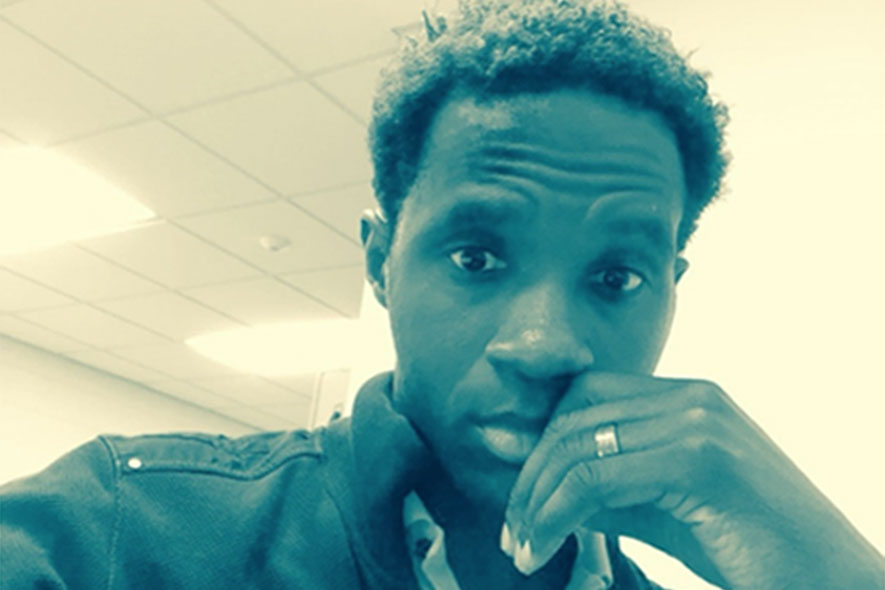 MTSU alumnus Carlos Shivers, a 2012 graduate from the Library Science master’s program, was promoted to manager of the Nashville Public Library’s Edgehill branch in 2016. Shivers, who earned his bachelor’s degree at MTSU in 2006, was working for the Nashville library system when managers encouraged him to return to school for a Library Science degree. “I’ve worked in a library system for over 10 years and just wanted to grow, and I couldn’t grow without getting the degree,” he says. A native of Jackson, Tenn., Shivers worked as a public library assistant in high school but didn’t plan on a library career before doing work-study at MTSU’s Curriculum Collection. Shivers became a librarian at the Madison branch before his recent promotion. He also works with the Limitless Libraries program, which provides delivery and access for any of the city library’s 2 million books and digital items to Metro-Nashville Public Schools. 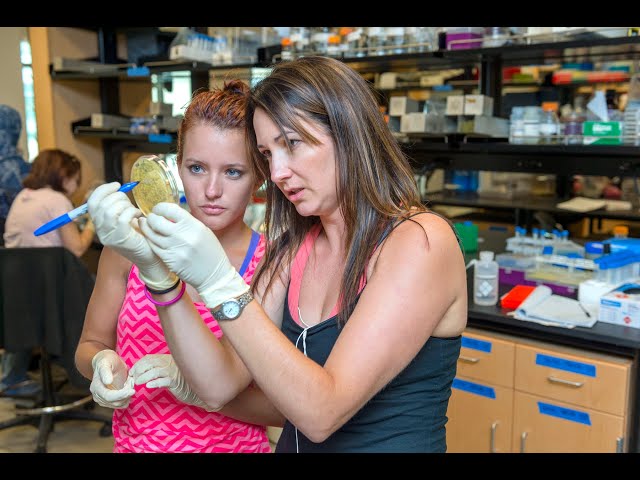 Library science degrees allow graduates to work in any setting in which they have interest. Medical, legal, academic, public, children, business are a few types of libraries.

Employers of MTSU alumni include

The Master of Library Science (M.L.S.) is offered at MTSU starting with the Fall 2016 semester.

School licensure will continue to be available with the M.L.S. degree. Master’s candidates may seek an initial license or add an endorsement to an existing license.

Applicants to the M.L.S. program must:

Application deadlines are July 1 for Fall admission and October 1 for Spring admission.

Students already enrolled in the previous Library Science M.Ed. program will be allowed to switch to the M.L.S. if they remain enrolled for two semesters after the change of program.

For complete curriculum details, click on the REQUIREMENTS button to the right.

Students in the Master of Library Science program may seek an initial teaching license and should consult with the program director and MTSU licensure office. The MTSU College of Education’s teacher licensure preparation programs are accredited by the National Council for the Accreditation of Teacher Education (NCATE) and are eligible for accreditation by the Council for the Accreditation of Educator Preparation (CAEP). Students should be aware that licensure requirements vary from state to state and are subject to change. MTSU has not made a determination whether a specific program will meet all of the requirements of another US state or territory. MTSU recommends that students who plan to seek licensure outside the state of Tennessee contact the appropriate licensing agency and discuss their plans with their advisor. To obtain current information about each state’s and territory’s licensure requirements and any additional regulations, students should consult the US Department of Education’s website for state contacts at https://www2.ed.gov/about/contacts/state/index.html.

Graduates of MTSU teacher education programs certified to teach in Tennessee are eligible for certification reciprocity in many states. Reciprocity is not an automatic or complete transfer of certification, thus individuals should consult the Tennessee Department of Education (TDOE) site at https://www.tn.gov/education/licensing.html and the National Association of State Directors of Teacher Education and Certification (NASDTEC) site at https://www.nasdtec.net/page/Interstate as well as the US Department of Education state contacts site for information about any additional state requirements.

The Master of Library Science (M.L.S.) degree is an online program offered by the Womack Educational Leadership Department. The program is intended to prepare graduates to lead and educate in school, public, and corporate libraries.

Vision of the Library Science Program

MTSU's Library Science program seeks to produce candidates with strong practitioner credentials. Graduates will possess the skills, knowledge, and dispositions to serve as librarians in any setting in order to enrich the life of the individual and support the progress of society.

Admission to the master's program in Library Science requires

NOTE: A current teacher's license or passing score on Praxis I is required for those interested only in school library endorsement.

All application materials are to be submitted to the College of Graduate Studies, not the program director.

The Master of Library Science requires completion of a minimum of 36 semester hours.

Once admitted to the program, candidate must

NOTE: Those seeking an initial teaching license should consult with the program director and licensure office.

MLS students must complete 12 elective credit hours from any LIBS 6000-level courses. Non-LIBS courses may be substituted with permission of advisor.

Our adjunct faculty bring outstanding professional experience to our programs. Many are industry leaders with decorated careers and honors. Importantly, they are innovative educators who offer hands-on learning to our students to prepare them to enter and thrive in a dynamic, and oftentimes emerging, industry and professional world. They inspire, instruct, and challenge our students toward academic and professional success.

VISION of the Master of Library Science (MLS) Program

To meet the information society’s current and future needs pertaining to the discovery, acquisition, organization, provision, and ethical and effective use of information regardless of media format.

Upon completion, MLS Program graduates and endorsement completers should be able to:

The MLS Program at MTSU will provide candidates:

The MLS Program develops and encourages collaborative relationships with libraries that are willing to provide professional initiation field experiences so that candidates receive a diverse and effective practitioner’s experience through pedagogical support exemplified by the Program’s coursework.

The MLS Program subscribes to the Core Values of Librarianship put forth by the American Library Association (2004) and to specific values that the program holds.

In relation to the ALA Core Values, the MLS Program regards these as essential values:

The program supports the mission of the College of Education with student-centered learning environments through:

To be eligible for consideration for this scholarship, candidates must meet the following criteria:

$1,500 annually to assist library and/or information science students with educational expenses such as tuition, books, or technology.

A one-time grant of $1,000 awarded to two students who are enrolled in a school media program at a Tennessee college or university that is approved to certify Library Information Specialists. A one-time grant of $1,000 each will be given to two students who have demonstrated leadership potential in working with students, teachers, and administrators.

Award criteria: demonstration of financial need, scholastic ability, response to essay question regarding career goals and educational objectives, strength of references, and commitment to work in a Tennessee school library for at least one year upon completion of graduate program.

The fellowship will assist students pursuing graduate studies in the information sciences, librarianship, or closely related field, that advance the frontiers of digital information and technology. Awarded every even year, the next scholarships will be awarded in 2022.

Fellowship applicants will be judged on how well they meet the academic and personal standards for the award, not on financial need. In addition, applications must meet these criteria:

Scholarships that require the candidate to attend an ALA accredited program

The Frederic G. Melcher Scholarship provides financial assistance for the professional education of men and women who intend to pursue an MLS degree and who plan to work in children's librarianship. This work may be serving children up to and including the age of 14 in any type of library.

The $1,000 scholarship is awarded every two years. The recipient of the scholarship will be notified in July, with funding to begin with the fall school term.

How MTSU Maintains Its Standards in the MLS

Assessment Collection and Use

At the end of each course:

At the end of each semester:

May of each year:

August of each year:

Not yet in place, is a system to solicit input from employers of graduates. The LSAC is charged with creating the system for an annual data collection from employers.

The program wishes to seek ideas from all stakeholders in order to keep the program as a responsive, forward-looking leader for librarianship.

What does the program do with the data?

At the end of each semester:
The instructor considers revision of any assessment artifact, reassignment of goals to another course, modification of objectives.

Instructors review evaluations and choose an area of weakness for improvement.

May of each year:
Program revision occurs at the end of each  year. Student achievement is reviewed.

August of each year:
Alumni surveys point the way for revisions in curriculum. Suggestions are implemented if possible.

December of each year:
Employer surveys are reviewed. Curriculum is reviewed in light of these surveys.

The program seeks ideas from all stakeholders in order to keep the program as a responsive, forward-looking leader for librarianship.

Who is My Advisor?